Meeting Your Child for the First Time

There is a list of debilitating conditions associated with child development, which are, for the most part, currently untreatable in this country.  Many of these, such as Doose Syndrome, Dravet Syndrome, Infantile Spasm Syndrome and Rett Syndrome, have some terrifying symptoms, like a variety of developmental disorders as well as seizures. As a result, those affected by these conditions find it challenging just to meet their basic needs. Many of these children will lose their abilities to walk, talk, use their hands and even eat. It is a sad reality to which no family or child should ever be exposed. 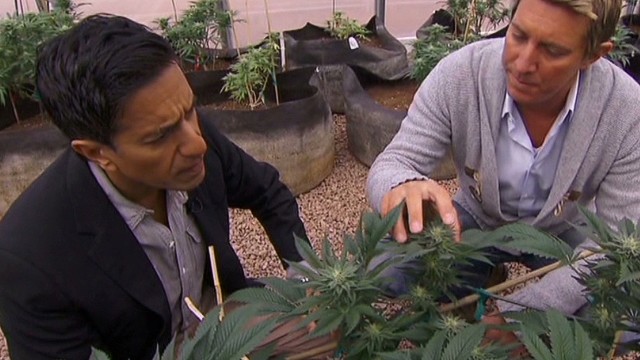 Those who have severe conditions may have life threatening symptoms. Frequent seizures can cause brain damage, breathing problems, heart palpitations and even death.  There are many pharmaceuticals available to treat these disorders, though none have been proven to work for extended periods of time, and many have proven to cause other worrisome side effects – some even have made the symptoms worse.  Fortunately, extensive research is being conducted in the United States that presents parents with an alternative treatment for their children.  Unfortunately, for many,

I say “unfortunately” because there is a stigma associated with the cannabis plant that convinced society it is a very dangerous drug with a high potential for abuse.  Unlike pharmaceuticals, cannabis is not an FDA-approved treatment for anything and is illegal in all but 21 states, making it unavailable on a national level and leaving those who undertake such treatments exposed to prosecution on a federal level. And the rallying cry for those who oppose medical marijuana use is that they worry about the message presented to children in states where the way to handle the drug topic is not so clearly defined. This rallying cry will only grow louder when the question of whether it is t treatment is marijuana.

the question of whether its acceptable to prescribe a recreational drug to a minor for medical purposes comes up. Some believe this type of legislation will promote the use of marijuana to minors and encourage recreational marijuana use in society.

This couldn’t be further from the truth. There are many foundations, institutes and research facilities that have done intensive studies on the medical benefits of cannabis. Some of these, such as the Realm of Caring, founded by Colorado’s Stanley Brothers, have even specialized in developing treatments that could provide relief to children who suffer from some of these debilitating conditions. In this research, there have been major efforts to isolate the compounds of the cannabis plant, such as CBD (or Cannabidiol, the less psychoactive, more medicinal compound of the marijuana plant), and breed new strains of cannabis that will not get a person high. In fact, Dr. Margaret Gedde of the Clinician’s Institute for Cannabis Medicine says that the marijuana plant, when bred in such a manner, can actually “dial down nerve stimulation and stop seizures, without getting kids stoned.”[NBC, Today Show, Nancy Synderman, July 10, 2013]

On the Realm of Caring website (www.realmofcaringfoundation.org), there are stories of families who have successfully
treated their children with medicinal marijuana. One such story was aired on CNN (Sunday, August 11th) in a documentary titled “Weed,” in which Dr. Sanjay Gupta, who was formerly opposed to the concept of medicinal marijuana, spent a year investigating the medicinal benefits that are currently under debate in this country. This story was about a little girl named Charlotte, who was diagnosed with Dravet Syndrome, a catastrophic form of epilepsy that is very rare, but deadly to children. This poor child suffered more than 300 tonic clonic seizures per week, some of which lasted for more than an hour, as her family watched helplessly, praying for a miracle that could save their daughter.

Charlotte’s condition continued to worsen, as none of the prescribed pharmaceuticals or conventional treatments were helping.  She had a significant decline in cognitive/motor skills, struggled to walk and talk, has brain damage, and had to be fed through a surgically placed feeding tube in order to get any nourishment, food or water. The Figi family was convinced that they had exhausted all of their options and eventually were advised that the most humane thing to do for their daughter would be to place her on a “Do Not Resuscitate” order. That’s when they began to search for other, less conventional options.

Paige Figi, Charlotte’s mother, heard of a California parent who treated her epileptic child with cannabis. The Figis lived in Colorado, which is a medicinal marijuana state, so Paige decided that it would be worthwhile to investigate and see what facts she could discover about cannabis as a treatment for her daughter. She found cases of children being treated for epilepsy with medicinal marijuana. Not only that, but she also discovered that there was a way to medicate children without them having to smoke the drug and without exposing the patient to the psychoactive side effects associated with THC. It didn’t take long for Paige to “change her opinion of marijuana as an illegal, recreational drug to an understanding of cannabis as a viable medical therapy.”

Once convinced that she was going to explore this alternative treatment for her daughter, Paige needed to find a dispensary that could provide her with medicinal marijuana that was high in CBD, yet low in THC. This is when Paige discovered the Stanley Brothers, who were experimenting with high CBD strains and had access to a large amount of what Paige was looking for. To add to the excitement, no one wanted the high CBD strain that the Stanley’s cultivated because it lacked the psychoactive ingredient that patients usually seek in medicinal marijuana strains. Fate provided Paige and Charlotte with the miracle that they so badly needed.

After the first week of treatment, Charlotte went seven days seizure-free. Eight months after her treatments began, Charlotte experienced a 99 percent reduction in seizure activity, among other benefits.

“Charlotte eats and drinks on her own now, despite being tube-fed for more than a year. For the first time ever, she sleeps through the night. Her severe autism-like behaviors of self-injury, stimming, crying, violence, no eye contact, lack of social contact … are all things of the past.” She is a happy child now, who has friends, plays with her sisters, rides horses, dances and smiles. These treatments not only stopped the advance of Charlotte’s disability, but began to repair the damage. It was as if the Figis were meeting their real daughter for the very first time.

There are still great obstacles to overcome in providing medicinal marijuana to patients in need. The Stanleys founded the Realm of Caring Foundation in an attempt to encourage and provide more research in this field and a better quality of life for those suffering from similar ailments. More than 40 children since Charlotte have been treated with the Stanley’s high CBD strain and almost all have experienced similar, positive effects. All but one of the 40 children were actually freed from the pharmaceuticals they were previously prescribed. However, there is still an uphill battle that must be fought to educate those who have not witnessed the miracles that cannabis provided for those who have lost all other hope.

I encourage everyone to visit the Realm of Caring website and explore the stories and testimonials provided there. There are children all over the world who are in need of their own miracles, but are being deprived of treatment because of a lack of knowledge and a lack of available resources. The Realm of Caring Foundation has great resources for those seeking knowledge or help or who just want to volunteer and make a difference. If after visiting this page and reading the stories about these special children and their families you are not convinced that marijuana is a legitimate treatment that needs dedicated and adequate research to explore the full potential of its benefits, than you most likely never will. However, if you’re anything like me or any of the families affected by these miracles, I predict that you will want to get involved and help the thousands of other parents affected by children with disabilities meet their children for the very first time.

From the pages of 13 Folds Magazine.