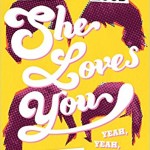 Last month, on a quiet Monday night, I read two New York Times articles back-to-back. Though penned by different writers, they both had the same protagonist. Both of them made me cry.

The first was out of delight – and, I’ll admit, because I’m a softie. The story was that of Ann Hood and Michael Ruhlman; two authors, recently divorced, both wholly certain that they had met their platonic other half by finding each other. A friend of Hood and fellow novelist Laura Lippman officiated their 2017 marriage ceremony, describing it as “an occasion of years lived and miles spanned, only to circle back to that path in Vermont where a man called a woman’s name and she turned and responded to his greeting.” That reference, from the first sweet but fleeting interaction the pair had, happened in 1988; the man of course was Michael, the woman Ann. Thirty lived-apart years later and they were now a formal union. Their connection, in the “late afternoon” of life (Ruhlman’s words), was a story so tender that it twisted every romantic fiber in my being until tears dropped out of my eyeballs. It was beautiful. It was fate. It was love.

The second article was different. Written by Hood herself, from 2006, this time the story was about heartbreak. Still, truly, it was an article about love, but instead of love found this was a love lost, and lost heart-wrenchingly early. Hood’s daughter had died from a horrendously unpredictable medical emergency – the young girl, Grace, was only 5. In her writing, Hood meaningfully communicates the pain caused by reminders of her daughter through the things that her daughter had loved (in this case music – the Beatles, no less). The trouble is made even more difficult by the fact that Hood herself had loved the Beatles as a young girl, and the overlapping memories and emotions that every chord, every album cover causes the grieving mother are nothing short of crushing. Immobilizing. Despite her many successes in the 12 years since that tragedy, the archival article stood as a testament to how much Hood had had to overcome in order to keep her life moving.

This perhaps is a roundabout but essential introduction to discussing Hood’s new book, She Loves You Yeah, Yeah, Yeah. Surely, a review for this novel can, and will, exist independently of the events in Ann Hood’s life that have transpired and shaped her. But, just as Mary Wollstonecraft Shelley’s love and heartbreak are these days central to any discussion of the epic Frankenstein, so too I believe are Hood’s beautiful highs and crashing lows important when assessing her most recent work. As is often the case, context matters.

Hood’s new book is written in the plain and honest voice of what could believably be a sixth grader from the ‘60s. Trudy Mixer, the novel’s heroine, is spunky, intelligent and unconditionally in love with the Beatles. Her life is seemingly chugging along on-course – she has a wonderful best friend Michelle, she is the president of the most popular club at Robert E. Quinn Junior High in Rhode Island (the Beatles Fan Club; 23 members) – until, that is, the first day of sixth grade, which irreversibly changes her trajectory. A substitute teacher calls the young girl by her full name, Gertrude, and with the conviction that only young people truly have Trudy is certain that this slippage sets into motion the minor tragedies that she faces in the coming year. Her best friend abandons her. Her fan club dwindles in size to only four, counting herself. Her father – their most binding connection being their mutual love of the Beatles – abandons plans he made to take her to a concert in Boston.

The heft of the novels centers on Trudy’s ability to pull herself up by the bootstraps and continue her life. She is heartbroken, but she also has a fiery faith in herself (and in Paul McCartney) that is a joy to witness. Watching a cast of misfit middle schoolers navigate the murky waters of adolescence is a soft and wistful, but often comic reminder of how it was back when identity centered wholly around what your parents did for a living, what you were and weren’t allowed to wear, around choosing, say, either Future Cheerleaders or Sixth-Graders Against the Vietnam War to attend after school. A time when a singular victory could, you were certain, rewrite the course of your future. Hood’s expert adherence to set and scenery successfully immerses the reader in the head of a small girl in 1966, while, at the same time, the less period-specific content of the novel (feelings like joy, despair, isolation and connectedness) reveals basic human similarities that relate across generations, across decades.

A novel that is so easily digestible and fast-paced it could be mistaken for simple, She Loves You is in fact a meaningful reflection on family, on love, and on the sometimes mystical power of searing youthful conviction. It is an exercise by a seasoned and practiced writer reclaiming her outlook on the world. When examining the context of Hood’s real life, there is an underlying melancholy that is subtle and moving – the reality of what the Beatles mean to her in actuality mirrored by the young Trudy’s child-like devotion. Hood seems to say hold fast to the things you love. Do not abandon your childlike awe and wonder. Your life – for better or worse – can change in a moment. The final few pages’ twist will make you laugh out loud, then sigh under the weight of it. How beautiful the world we live in can be, sometimes, even after it has been its cruelest. Hood cannot resist filling the ending of She Loves You with hope and with love, with optimism that, every now and then, is just the ticket.