Fear and Loathing and Walking and 3am Pizza: SXSW 2017 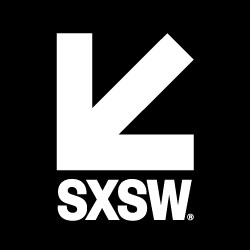 South By Southwest (SxSW) is a music showcase for industry folks trying to find the next big trends and acts. It used to be that new bands and unsigned acts would flock to Austin to try to get record deals and seek out their rock and roll dreams. Over the years, as record labels have dwindled and as Austin hotel prices have quadrupled, the festival is less about unestablished acts and more a showcase for bands, already with record deals, that intend on working in the following year and trying to find a larger audience.

To understand how it works now, it’s best to take a look at the bands and performers who took a giant leap in the year since SxSW 2016. Last year, at the time, smaller indie acts PWR BTTM (coming to Columbus Theatre 6/20) and Beach Slang (performing at The Met 5/12) were everywhere. They must have each played over 8 sets during the festival. Small stages, parking lots, any opportunity offered, they took it and gave each audience everything they had. In the following year, PWR BTTM ended up getting a ton of press and airplay and went from playing local clubs smaller than 150 to selling out much bigger shows across the country. Beach Slang wound up being added as support for big acts like Descendents and Minus The Bear, seeing their fan base grow.

With 2,200 bands playing across 6 days, one has to do a lot of research before attending and a lot of running across town to the various 100 or so official venues (and maybe 70 or so unofficial venues) to try to make sorts of what 2017 has in hold. SXSW 2017 was dominated by women fronted bands and musicians, and also young & upcoming hip hop acts.

Last year Lil Yachty (hard to believe that dude is only 19) and D.R.A.M. were playing showcases in front of 200 people or less, but they had a big buzz and performed in front of some important music taste-makers. This year they were back doing a victory lap in front of thousands of fans with #1 hits in their post SxSW 2016 resume. D.R.A.M. and Anderson Paak made huge noise at last year’s festival with amazing performances and saw their careers take off. Anderson Paak received multiple Grammy nominations this year after winning SxSW’s award for Best Developing US Act, and was suddenly the “It” act after quietly performing around for over 7 years. SxSW can change trajectories for performers, and there was a lot of great new and upcoming hip hop talent that could be the next “It” acts.

Atlanta, GA’s Kyle (yes, just Kyle) has a running start with his current hit single “iSpy,” featuring Lil Yachty. Kyle played a couple of packed small showcases, but also joined Lil Yacthy at the MTV showcase to perform for thousands of people. Chicago seems to be the “it city,” cranking out talented up-and-coming rappers. ChiTown might be putting a third superstar on the throne with Kanye and Chance. Joey Purp (check out his “Girls,” one of the best tracks of 2016), Saba (frequent Kanye collaborator), and Taylor Bennett (Chance The Rapper’s younger brother) all made waves this year. But while Chicago is building its hip hop legacy, the act I believe will be the next superstar is from NYC, the home of hip hop.

Brooklyn’s Topaz Jones has all the makings of a potential superstar. His lyrics stay with you, forming songs that relate to everyday life, like “Powerball” (“Facetime with my momma and she beamin’ / told my grandmother that I got her / but I gotta watch my cousins / cause a couple of ’em already scheming”) and include fun and classic imagery like “Tropicana” (“Hulk Hogan air guitar solo on the belt like, rreeooww! / Intro unnecessary, I been dope, young, legendary”). And the tracks jump right out at you, a great combination of hip hop and classic funk-based beats. I caught him at The Sidewinder at SxSW, in a jaw-dropping set that reminded me of seeing D.R.A.M. for the first time last year in a similar small setting. He can sing, rap, dance, has a great sense of fashion, and had a tremendous persona live. The mic didn’t work — he didn’t complain, he just sang on without it at the top of his lungs with a smile. The DJs (two women, which was a nice change of pace for a typically male-dominated gig) messed up the beat. No problem: He improv’d a cappella and didn’t get mad, give them a dirty look, or miss a beat. Most rappers that make it these days start with a co-sign or by being featured on an already established single. Topaz could do it on his own with the right people behind the scenes. I expect him to have a very bright future.

Hip hop was prevalent this year, but what stood out the most to me was the abundance of breakout female artists.

When indie rock started to break out to the mainstream in the 90’s, the big bands all had one thing in common: The most successful, like Pavement, Guided By Voices, Sebadoh, Dinosaur Jr, Superchunk, etc. were all fronted by men. The whole movement of taking the underground into the mainstream was spearheaded by bands fronted by men. But there were strong and influential bands that made headway during that time with women fronting: Acts like The Breeders and Veruca Salt, and there were some that were quietly influential such as Helium, Tuscadero, and Velocity Girl. As the 90’s are getting revisited by young acts in their 20s, many of the bands that truly stood out this year seem to be strongly influenced by that era.

Potty Mouth (from Northampton, MA, but now in LA) started their career on more of a garage punk tip, but have polished into more of a grunge punk alternative rock candy band that would fit well in the 90s with the Breeders. Sonically, they have made one of the biggest leaps I have seen in the last year and should be poised to make it big.

Other ‘90s-influenced indie rockers that made inroads this year include LA’s Cherry Glazerr (playing Brown’s Spring Weekend), Baltimore’s Snail Mail , LA’s The Regrettes, New Jersey’s Forth Wanderers, and Oakland’s Jay Som. Jay Som just released Everybody Works, a cohesive record that still shows a ton of range. The one band that stood out most in this genre did so because of their live performance…

Brooklyn’s Charly Bliss represent ‘90s power-pop bliss at its best. Their music is just as sonic as it is endearing. They fit with the other bands discussed through the shared influence by 90s post grunge guitar riff fuzz. The songs are polished and very well written, similar to The Rentals or That Dog. Beyond great song writing, what separates them from the pack is vocalist Eva Hendricks’ stage presence. Eva bounces and dances to the songs as if she’s been drinking red bull while chewing bubble gum. Her energy and infectious tracks made for a purely fun concert in a field of bands that lean towards mellow or even meek. Check out the band’s earlier material (songs like “Ruby” and “Love Me”) before they release their debut full length “Guppy” on April 21st.

SxSW isn’t just about new and emerging bands — there were also plenty of established acts. Veteran Austin indie act Spoon was all over the festival, playing at least 5 times to promote their new album Hot Thoughts.

With all of the corporate sponsor$es floating around, acts like Weezer, Ryan Adams (well he was there, but canceled due to someone taking his photo using a flash. Seriously.), and Wu Tang Clan played smaller than usual venues. With pretty much no upside of growing their fan bases or careers, these acts were just cashing checks and soaking in warm weather. House of Vans thankfully brought back garage rock legends Rocket From The Crypt for a sweat-soaked, life-affirming set. Cam’ron reminded everyone what a pain in the ass he is by arriving more than 45 minutes late for his over-capacity showcase. (I left. I have waited for Cam’Ron too often for one lifetime) And the most bizarre resurfacing of 2017 came from the ‘00s platinum rap metal act Crazytown. It’s been 17 years since they subjected us to the unescapable #1 hit “Butterfly,” and I am not entirely sure why they decided to resurface, cicada-like, but I am afraid of any and all rap metal resurgences so I was there to document it. I can tell you that singer Shifty has significantly more tattoos and their performance was slightly better than the car crash I expected.

Southern New England was well represented with acts at various levels of development. Lowell, MA’s PVRIS have come a long way since regularly playing the Living Room. The band is on the verge of superstardom, and played the MTV showcase with Rick Ross, D.R.A.M. and Muna. They go on an arena tour with MUSE this summer. Providence’s dance-anarcho-bilingual punks Downtown Boys and garage thrashers Gymshorts each made a consecutive year return, playing bigger stages with bigger audiences. Some veteran PVD acts came down to play in front of new audiences such as Pawtucket hip hop mainstay Chachi, “Ghost Folk” artist Allysen Callery, funk-soul-kitchen-sink rockers Boo City, and RI’s hip hop poet laureate Jared Paul. The home town was well represented.

Overall, while not in danger of ceasing or desisting, SxSW is having an identity crisis as external and internal forces are changing its brand.

As the city of Austin changes with the influx of people moving there, so does change affect many aspects of the festival. While more and more condo megaplexes buy up space and blocks in the city, clubs, bars and other relics of what’s made Austin great (or as the tourist shirts would say, “weird”) are getting pushed further out of downtown or closing altogether. That makes a festival with 100+ venues more of a challenge and spreads everything further out.

Internally, SxSW hurt its image this year when it was leaked that contracts with international artists had language that threatened to immediately notify the authorities, subjecting the bands to possible deportation, if they took any unofficial gigs outside their showcases. Unofficial gigs with corporate sponsorship are how many of the smaller acts (and, I imagine, those traveling across the planet) are able to afford to come to SxSW or even just stay in Austin during the fest. Trying to bully international acts out of gigs is not only is unfair — since they can’t strong arm domestic acts — it also might deter talented musicians from coming. SxSW had advertised that international acts such as Nicole Dollaganger, Menace Beach and Splashh were to perform but come festival time they just disappeared from all sites. Those are all acts that have great buzz and could have helped the festival just as much as themselves. Other acts that were supposed to play and just disappeared from billing were hip hop standouts Gold Link, Kirk Knight and Lil Peep.

SxSW needs to reel these acts back into the fold, fix whatever damage their contract language caused, and come to terms with daytime unofficial gigs existing if they want to keep a good variety of talent coming. SxSW can’t be what it was in its heyday, but it can still be excellent if they go for the right talent and avoid the temptation to just fill in slots.