I’ve been putting together a summer reading guide for several years, but this is the first one that features special guest contributors. Steven Porter (SP) from Stillwater River Publications/Association of Rhode Island Authors and Susan Schlesigner (SS) from Books on the Square also added their picks to help fill your summer with the creativity and flights of fancy that come from reading. 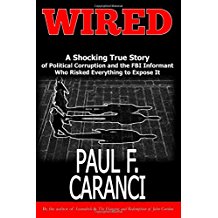 Paul Caranci’s Wired: The Shocking True Story of Political Corruption and the FBI Informant Who Risked Everything to Expose It: Paul Caranci was a North Providence councilman who had to make a life-altering decision. Gamble away a 30-year political career and risk the safety of his family or keep quiet. His decision would rock an entire community and land three of his fellow councilmen in prison. Following political corruption in Rhode Island has become a popular pastime — note the recent popularity of the “Crimetown” podcast — and in this book, readers will get a true, in-depth taste of what really happens behind the scenes in their own town hall. (SP) 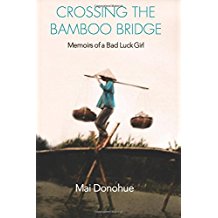 Mai Donohue’s Crossing the Bamboo Bridge: Memoirs of a Bad Luck Girl: The book is written by Mai, a Barrington resident and retired educator, and chronicles her childhood growing up in war-torn Vietnam. But it’s no war story. It’s a riveting tale of pure courage and will, and follows her incredible determination to survive in the face of seemingly insurmountable odds. Her story is simply unforgettable. (SP) 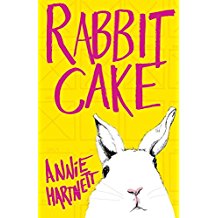 Annie Hartnett’s Rabbit Cake:  Annie Hartnett’s debut, Rabbit Cake, is a truly unique tale told through the eyes of Elvis Babbit, a 10-year-old girl from rural Alabama, who is trying to make sense of the sleep-swimming death of her mother. While Elvis seeks to explain her loss through medical texts, her older rebellious sister’s sleep-eating becomes out of control, and her father grieves by clinging to his wife’s clothing.  Through it all, the Babbit family attempts to save one another as they try to heal. Rabbit Cake is an exploration of life, death, and how grief can tear a family apart and put them back together.

You should read this because it is filled with truly unique characters, human and animal alike, that inhabit the Babbitt’s world. Especially Elvis; you are going to absolutely adore Elvis! (SS) 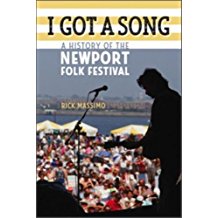 Rick Masssimo’s I Got a Song: Former Providence resident and award winning ProJo writer, Rick Massimo has written the definitive history of the Newport Folk Festival. Massimo covers the histories, characters and controversies of the festival beginning in 1959, its closure in 1971, and the revival of the festival in 1985. Founded by George Wein, the Newport Folk Festival featured amazing performers throughout the years including Pete Seeger, who was also a member of the board, Joan Baez, who made her debut as a teenager, the Staple Singers, Dar Williams, the Avett Brothers and more. Featuring interviews with Wein, Seeger and others at the heart of the festival, I Got a Song is not to be missed!

You should read this because it’s the Newport Folk Festival, Dylan went electric, Providence’s own Rick Massimo and it’s summertime! Relive the memories, and then head to the festival for more. (SS) 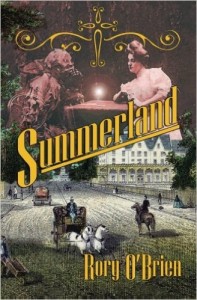 Taking place in Newport during the summer of 1893, Summerland is part detective story, part historical fiction and part surreal ghost story focusing on a medium that comes to town to entertain the high-class seasonal residents. Things are going well until a magician attempts to prove the medium is a hoax.

You should read this because there are numerous storylines that eventually connect, the characters are all well put together and memorable, and the setting descriptions are vivid. (RF)

Also, check out Phillippe & Jorge’s recommended recent release by a Rhode Islander who likes to sprinkle his work with local color: Wagstaff & Meatballs by Jim Berkin.

And if you have little ones, consider the locally written and illustrated Johnny-Tremaine-esque education-disguised-as-entertainment, sheparded by a cute as the Dickens pooch, Tuggie the Patriot Pup, by RI’s Lauren E. Kelley – perfect for the approaching Gasbee Days celebration, which is the setting for one of Tuggie’s historical adventures. The little ones will also enjoy the award-winning, choose-your-own-protagonist fable Cinderella Spinderella, by RI storyteller Mark Binder.