Cannabis – Another Shot at Legalization 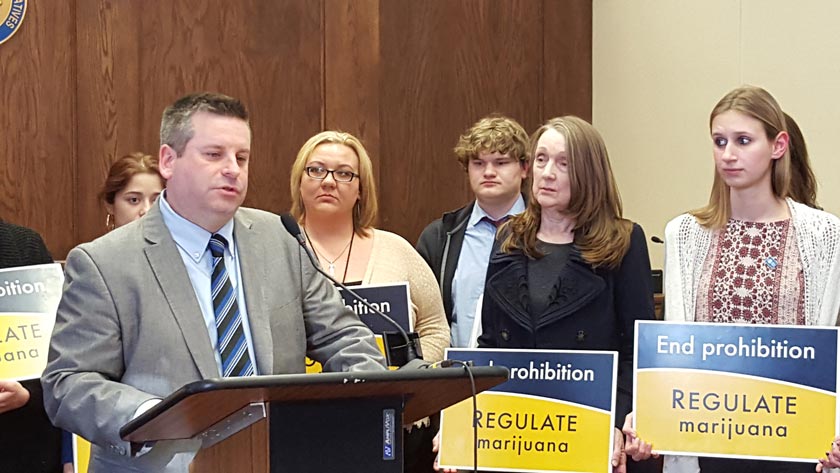 Truck tolling got all the attention this week at the statehouse, but stalwart efforts to introduce a legislative change that would likely have 1000 times the financial impact on daily lives in RI also took a small step forward, if mostly under the radar.

Tax and Regulate legislation was proposed and will be reviewed in committee. It’s the 5th year (imagine how far ahead of the curve we might have been 5 years ago!) that this bill has been proposed, with only small improvements and details happening from year to year. It has yet to make it out of committee, but there are a few reasons hopes are higher that this could be the year it finally reaches a vote:

New elements this year are mostly refining the packaging and labeling requirements for edibles containing marijuana, including stricter allowances for childproof packaging. There are also new allowances for taxes raised from local establishments to make their way back to those community funds.

This is the year to write your rep or state senator and show your support for this overdue legislation.

Angélique Kidjo Raises Voices in the Light: The artist reimagines The Talking Heads’ album at The Vets

Rhody Rambles: Happenings About Town: Openings, anniversaries and we got our comic on

Time to Dance, Sugar Plum!: ‘Tis the season for holiday dance to hit the stage

Slice of Wall with Your Slice of Pizza?