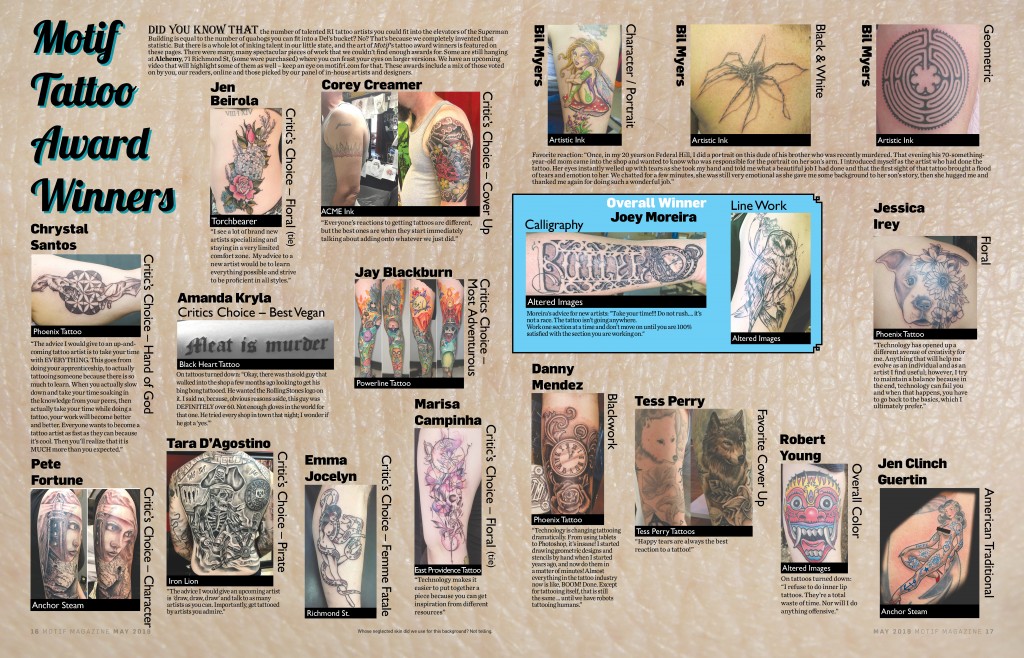 “The advice I would give to an up-and-coming tattoo artist is to take your time with EVERYTHING. This goes from doing your apprenticeship, to actually tattooing someone because there is so much to learn. When you actually slow down and take your time soaking in the knowledge from your peers, then actually take your time while doing a tattoo, your work will become better and better. Everyone wants to become a tattoo artist as fast as they can because it’s cool. Then you’ll realize that it is MUCH more than you expected.”

“Okay, there was this old guy that walked into the shop a few months ago looking to get his bing bong tattooed. He wanted The Rolling Stones logo on it. I said no, because like, obvious reasons aside, this guy was DEFINITELY over 60. Not enough gloves in the world for that one. He tried every shop in town that night; I wonder if he got a ‘yes.’“

“I have turned away tattoos. If I feel as though there are other artists out there who would crush the design/ subject matter and get overall better results than myself. I will absolutely be 100% honest and give the client a recommendation. Ultimately, my goal is to produce solid work and build a solid reputation first and foremost! Although I love challenges, I also know my limitations. I think that is extremely important! It’s always about being sure your client will leave 100% happy even if that means you lose a tattoo!”

“Once, in my 20 years on Federal Hill, I did a portrait on this dude of his brother who was recently murdered. That evening his 70-something-year-old mom came into the shop and wanted to know who was responsible for the portrait on her son’s arm. I introduced myself as the artist who had done the tattoo. Her eyes instantly welled up with tears as she took my hand a told me what a beautiful job I had done and that the first sight of that tattoo brought a flood of tears and emotion to her. We chatted for a few minutes, she was still very emotional as she gave me some background to her son’s story, then she hugged me and thanked me again for doing such a wonderful job.”

“Technology has opened up a different avenue of creativity for me. Anything that will help me evolve as an individual and as an artist I find useful; however, I try to maintain a balance because in the end, technology can fail you and when that happens, you have to go back to the basics, which I ultimately prefer.”

“Technology is changing tattooing dramatically. From using tablets to Photoshop , it’s insane! I started drawing geometric designs and stencils by hand when I started years ago, and now do them in a matter of minutes! Almost everything in the tattoo industry now is like, BOOM! Done. Except for tattooing itself, that is still the same … until we have robots tattooing humans.”

“Everyone’s reactions are different, but the best ones are when they start immediately talking about adding onto whatever we just did.”

“I’m burned out of doing infinity symbols and tiny tattoos.”

“I see a lot of brand new artist specializing and staying in a very limited comfort zone.  My advice would be to learn everything possible and strive to be proficient in all styles.”

“I refuse to do inner lip tattoos. They’re a total waste of time. Nor will I do anything offensive.”