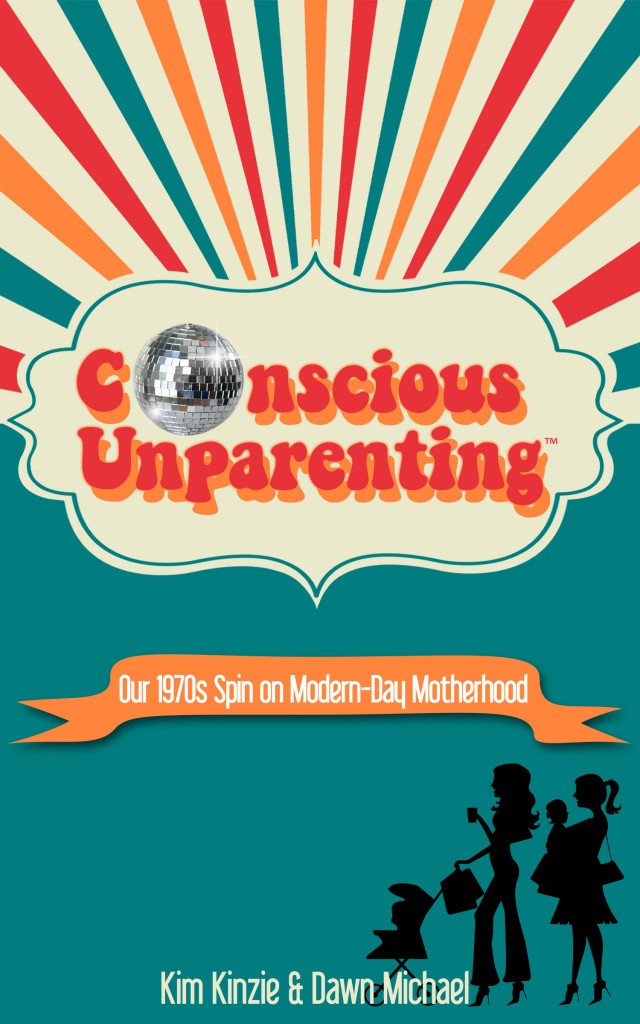 Conscious Unparenting, by Kim Kinzie and Dawn Michael, is to our contemporary culture of modern American Parenting what the only sober person in a bar is to a room full of drunks: sense. If, like Kim and Dawn (and me), you are a mother who has ever felt the daunting expectations that our society places on modern American mothers begin to form fissures in your mind, cracks in your sanity, defects in your character and short circuits in your sense of  humor, then this book is for you. But if you are a mother whose mind, sanity, character and sense of humor are still intact and highly functioning post childbirth, you can, and maybe should, skip it.  If you aren’t sure which of these categories you fall into, let me assure you that your uncertainty indicates a hole in your brain put there by your kids and that you are in the first category. Read on. You’ll feel better.

Humorously told in alternating narration by the two authors, Conscious Unparenting provides personal accounts of the many pitfalls and difficulties of modern-day mothering, specifically, those related to not meeting a frighteningly high expectation of what it means to be a good mother. Put more simply, this book has the balls to point out that America wants mothers to dedicate themselves so exclusively to their children, to make the lives of those children so insular and so devoid of the slightest difficulty, to stop doing anything that doesn’t revolve around the perceived need to create a perfect and painless childhood for these children, that some of us are cracking and have had to define a new set of standards for ourselves in order to survive.

This insightful and honest book is based on the observation that parenting in the 1970s was a much more laid-back – but not negligent – endeavor, and that contemporary mothers would be well-served to incorporate some of that laid-back attitude into our current incessant and anxious hovering around our offspring.  The authors are products of 1970s parenting. So am I. We were all fine until we had children of our own and society told us loud and clear that we may no longer have a single adult interest, that we must never, ever expect our children to entertain themselves or figure anything out on their own, and that we must be completely available to them the second they want us for whatever they want from birth through age 18 at all hours of the day and night. And that despite having no sleep, time or interests of our own, we must be happy all the time, too. The authors say hell to the no about this nonsense, and so do I. They encourage us to go out and buy disco balls as a means of representing some of that laid back ‘70s attitude in our 21st century mother mania. Sounds good to me. They also suggest that we mothers do a much better job of supporting each other – in person, not online – while telling the truth about what we feel as mothers. The truth? As in that driving kids to all their activities every week feels like torture sometimes? Or that playing another game of Candyland or Pick-Up-Sticks might actually kill us? Or that we really miss taking a shower without being interrupted three times in 15 minutes? Sounds refreshing to me. About as refreshing as a glass of Tang on a hot summer day in 1978.