Light Up the Night: How do we sleep when our bridge is burning?

Relax and Enjoy It

With COVID restrictions slowly but surely being eased back to a bearable level, and The Donald off Twitter and Facebook and just beginning what appears to be a marathon perp walk through the legal system, blood pressures are noticeably down nationwide. (Forget Trump’s nonexistent and bogus taxes, wouldn’t you like to see a running account of his monthly legal bills starting now?) So it is back to what Phillipe and Jorge value most highly: absurdity and stupidity. So hop on board and here we go.

And Your Mother, Too

With Nibbles Woodaway, a.k.a. the Big Blue Bug, needing repair, coming to La Prov’s rescue in the civic expression category was the unforgettable visual triumph of the Crook Point Bridge on fire. No, we don’t have Burning Man, but we did have a Burning Bridge.

Most people who have ever traveled the span of the Washington Bridge on the I-Way (Route 195), or strolled, rowed, kayaked or canoed anywhere near the Seekonk River between the Capital City and East Providence are familiar with the old (113 years) and abandoned Crook Point railway bridge, which has been pointing almost straight up in the air for years. P&J always thought it was our version of giving the finger to any visitors or tourists who observed it, in the grand Providence tradition of, “Whatta you, an asshole?”

But seeing the bridge aflame in the night, as it was on June 29, gave a dignity to the “Eff you!” defiance of the structure, certainly a postcard/poster-worthy image in the same league as the Mad Peck’s famous “Providence” artwork of years gone by, drawing the eye and heart of anyone who saw or will see it, despite its “Whatta you lookin’ at?” spirit. So we are sure that someone from our artist-rich community will see fit to turn it into the icon it should become for years to come.

While no one should cheer massive destruction, perhaps this was our little tribute to the end of the pandemic lockdown, and renewing the local culture’s sense of pride in always burning bright with attitude and a nasty little gleam in our eye.

Too Clever By Half

As inveterate TV watchers, Phillipe and Jorge naturally have to absorb one-third of our viewing time from ads, dominated by not just Big Pharma products and idiotic car dealers, but the ghastly spots run by ambulance-chasing law firms and insurance giants.

So it was with glee, and admittedly a bit of schadenfreude, that we noticed that one insurance company, The General, is now airing ads that are running away as fast as they can from their previous campaign that featured a simpleminded cartoon ”General,“ obviously based upon the outdated mind’s eye view of legendary WWII General George S. Patton (as played by George C. Scott in the eponymous movie). These spots nearly beg for forgiveness for trying to sell their rather serious product to the public with a clueless and juvenile approach, begging potential customers to ignore the stupidity of their previous pieces, and saying that they are actually a serious enterprise.

P&J can only imagine how the ad agency that came up with the original, insipid campaign must feel (knowing they will probably never be hired again in the insurance industry), and realize that they fell victim to focus groups who gave The General’s empty suits the word that their ads did not instill confidence in their potential clients, but rather, as they say, sucked, and were at best off-putting and silly. Not what you’re looking for to protect your assets.

So your superior correspondents wonder how long the annoying “Ba-Bam!” ad campaign of the legal firm Sparks Law will survive locally, since P&J’s reaction to these come-ons to supposedly find you a savvy pro who will squeeze money out of scheming insurance companies is a hearty “Jesus Christ, please stop it, our skin is crawling!” Time will tell, but our thinking is that anyone who thinks slapstick and shouting will play well in court or backroom negotiations, but would rather have a sober attorney rather than a Worldwide Wrestling manqué working on their behalf, may be heading for a fall.

Take a LEFT at Croatia, Idiot

This summer, the biggest event in Europe has been soccer’s 2021 Euros championship tourney. With it came an amusing story worth repeating.

Now, P&J are regretful that we gleaned very little about Europe’s history, nevermind its geography, during our stints in high school. We mean even before rampant civil wars, secessions and the creation of all the “-stans,” god forbid we could find any country past the British Isles and France on a map.

But one would expect more from those who live and were educated in Europe. Well, don’t.

With France being the favorite to win entering the tournament, six diehard French fans made arrangements to follow the team to one of its big matches against Hungary in Budapest. Now these were workers at an IT company, and one doesn’t normally connect blatant stupidity with IT. But instead of booking their flight to Budapest, they instead went to Bucharest, the capital of Romania, 500 miles south of where the game was to be played. Budapest, Bucharest, who can tell? All those Eastern European countries look alike. To compound the error, the clever IT boys thought they could follow a large contingent of other fans out of the airport, thinking they were Hungarians on their way to the stadium. Wrong again (and see “look alike” above). Actually they were Ukrainian tourists on a holiday trip to Bucharest.

All turned out well, however, as France had to play their next game in … wait for it … Bucharest. Still, time to get dusty Mr. Atlas down from the bookshelf before making your travel plans, no?

Are You Not Entertained?: The river wasn’t the only thing on fire when Who He and Elorza squared off 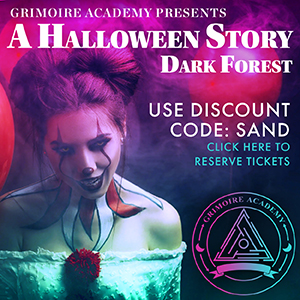