See the World Come to Providence with Together We Dance 3 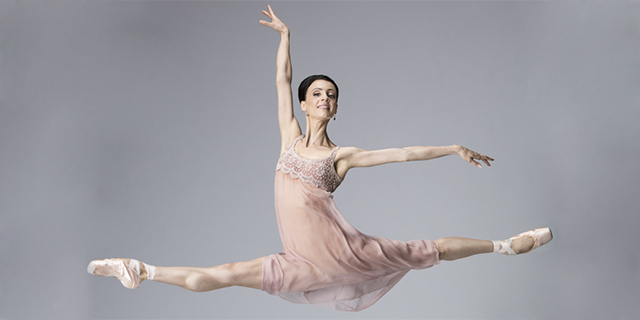 “The world comes to Providence” on Thursday, October 3 when Festival Ballet Providence presents Together We Dance 3. For one night only, dancers from some of the world’s leading ballet companies will share the stage with FBP. This remarkable evening of dance features performers from five different companies representing more than 10 countries.

Now in its 3rd incarnation, this gala, which serves as one of FBP’s major fundraisers, also marks the start of their 36th season. Making this year’s performance even more special, Artistic Director Mihailo Djuric celebrates the homecoming of RI natives Greta Hodgkinson and Emily Bromberg.

Ms. Hodgkinson, born in Providence, received her initial training at FBP before moving to Canada to further her studies at Canada’s National Ballet School. In 1990, she joined The National Ballet of Canada where she has been performing as a principal dancer since 1996. “We are so proud of Greta because she is from Rhode Island, of course, but also because she took her first ballet steps at our school,” Djuric proudly declares.

In 2000, she was nominated for the prestigious Prix Benois de la Danse for her role as Odette/Odile in Swan Lake. In 2000 and 2001, Dance Europe voted her Best

Performance by a Female Dancer for her interpretation of Odette/Odile in Swan Lake and for “Summer” in Vivaldi’s The Four Seasons.

For Together We Dance 3, Ms. Hodgkinson will be joined by her husband, Etienne Lavigne, a soloist with National Ballet Canada, where the pair will perform the “Summer” pas de deux  from The Four Seasons. In a recent article, Dance Magazine proclaimed, “[“Summer”] has become one of Greta Hodgkinson’s signature pieces … She is a first rate ballerina who can only be described as fearless, and her daring makes this pas de deux dangerous and stirring.”

Ms. Hodgkinson will also dance a world premiere, Disarmed, set to the music of Philip Glass. “Greta has reached the point in her career that dancers from around the world strive to achieve,” states Djuric. “She is a breathtaking dancer, through and through. She is going to be spectacular.”

When speaking of Miami City Ballet’s Emily Bromberg, Djuric exudes a fatherly pride. “I am very excited to see my old student, Emily, perform again. I have known her since she was 9 years old when I was teaching in New Hampshire,” he said. She later joined Djuric at FBP where she was a company dancer from 2002 to 2006. “She has really grown into such a wonderful, mature ballerina. After she left for Miami, I remember reading in The New York Times that [dance critic] Alastair McCaulay’s eye had dwelt on her. When I read that, I smiled because I thought the same thing the first moment I saw her in class at 9 years old.”

Ms. Bromberg will be joined by fellow Miami City Ballet dancer Shimon Ito. He wowed audiences in FBP’s 2012 production of Swan Lake with his rendition of the Jester, which the San Francisco Bay Guardian described as “scene stealing.” Bromberg and Ito will perform Viscera (the 2nd movement).

For a 3rd straight year, students from FBP’s Adaptive Dance program will also perform. Modeled after Boston Ballet’s critically acclaimed program, it allows children with Down syndrome to experience the joy and expression of dance. “The spirit and emotion of these young, talented performers shine on stage,” observes FBP School Director Mary Ann Mayer. “… they just love performing and they just soak up the spotlight and it is so heartwarming to see.”

Together We Dance will be presented at The Vets, One Avenue of the Arts, Providence, RI, on Thursday, October 3. For tickets visit: www.vmari.com.