The Birth of the Rhode Island Rave Scene 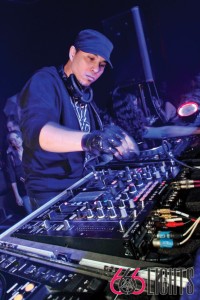 The year was 1992. Buddy Cianci started his second stint as the mayor of Providence while an Arkansas governor named Bill Clinton campaigned his way to the White House. Kurt Cobain and his grunge movement brethren had ousted the hair metal bands from their throne atop rock radio while hip-hop could only be heard off the cassette tapes of boom boxes and walkmans. The walls of the city were colorful canvases decorated by graffiti master Wizart Spoke. Thayer Street was filled with artists and musicians bustling around Taco Maker, Luna Sea skate shop and the College Hill Bookstore. The social climate was in a changing state and many of the different subcultures were looking for a sort of neo-hippy renaissance to help wash away the taste of glam and excess that the ’80s left on their palate. And here in this tiny state of Rhode Island, the local rave scene took its first breath.

The thunder from Sonic Groove’s Storm raves in New York echoed throughout New England, and a few visionaries knew that it was time to deliver. Promoters like James Draper and Tim O’Keefe were organizing electronic dance events with names like Michelangelo, Rave Called Quest and Oracle. Bright flyers with hand-drawn art secretly advertised these parties at venues such as the Home Planet loft on Harris Ave., the Atlantic Mills in Olneyville and even the Providence Port Authority. The people came out; all types of people.

The archetype raver had yet to be invented. We were a motley crew of hippies, b-boys, thugs, preps, rastas and punk rockers, all just looking for place to hear this cutting edge music and party ’til sunrise. We danced to a lineup of diverse DJs, from local guys Osheen and DJ Acme to New York spinsters Dave Trance and Micro. We can’t forget Boston bad boys 333 and MGee, not to mention acts like Colossal Amoeba and the legendary EBN (Emergency Broadcast Network). They brought the energizing music from all over the globe into our own tiny underground world. Yanking record after record from their pilfered milk crates, the DJs created a nonstop electronic soundtrack for each evening, leaving the crowd craving the next event.

Elsewhere, the rave scene was emerging in places other than the actual raves. Club nights at AS220, Club Babyhead, the Church House Inn and Lupo’s Heartbreak Hotel were filling the dance floors with electronic music on a weekly or monthly basis. On the radio, the occasional Deee-Lite track or KLF song would whisper hints about the scene but the real stuff happened on the low end of the radio frequency. Brad Rhodes aired a vast array of popular and obscure tunes during his Saturday show, “Light Shining Darkly” on 90.3 WRIU. Over on 88.1 WXIN, a mix show called “Utopia” showcased a young battle DJ who would abandon hip-hop for techno and eventually write this very article.

In the local record stores, shelves were being stocked with domestic and import vinyl, arming the local DJs with the best tracks from around the world. Rainbow Records’ househead Marcus Todd would play tunes on the loudspeaker – frowning at anything over 125 beats per minute – while the DJs listened intently, signaling a raised finger to purchase the record as if it was an auction. Over at Fast Forward Records, owner Ron Marinick would let regular customers commandeer the turntable while he priced a stack of rare punk albums. Not only were these stores a supply house for the music controllers, but they also started selling DJ mix tapes. These little rectangular gems would, of course, be copied and distributed amongst groups of friends, spreading the diverse sounds of electronic dance music (EDM) and building an audience hungry for more of that sound. And those who didn’t leave with music would still grab a flyer for a fresh new event whose location may or may not be given until an hour before the show.

And it just kept growing.

I don’t know if any of us could have predicted what 1992’s social and musical revolution would evolve into. We’ve watched those seeds grow for over two decades. We’ve seen influential EDM spots such as the Living Room and Therapy run their course. We’ve seen Babyhead become Club Hell, Jerky’s become the PVD Social Club and Lupo’s and AS220 survive their location changes. We’ve seen hardcore breakbeat evolve into drum ‘n’ bass and we’ve seen electro lose its breaks and return with a four to the floor rhythm pattern. We’ve seen hard house go from 130 beats per minute to 165. We’ve seen trance, breaks and deep house maintain a constant relevance, and we’ve seen new things like dubstep take on a cult-like following. We’ve seen the evolution of language convert words like “rave” and “techno” into “festival” and “EDM” for the sake of marketing. We’ve seen our raver clothing go from immensely baggy pants to tight jeans or the popular boy shorts/fluffies combination; the rows of kandi bracelets have grown practically to the armpit.

Unfortunately, we’ve also seen a merry-go-round of mind-altering substances take their turn as the scene’s drug of choice, providing a dark focus for the media to exploit. We’ve grown and adapted with technology, embracing the internet and smart phones and CDs and laptops, though many purists still cringe in their analog cocoons. And things will continue to change and evolve because we are a scene filled with artistic, progressive, creative and energetic people who will continue to push the limits of music, art and culture.

The EDM scene is more popular now than it has been in years. This has happened before – the ebb and flow of popularity. Soon its flash and attraction will be replaced by another trend, and many who’ve hopped on this ride will get off at the next stop. Yet those who hold it close to our hearts will persevere through our love and dedication for the rave scene. And hopefully, in another two decades, people will fondly look back at 2013 and its neighboring years and think about what seeds were planted then and how beautiful the forest is because of it. I appreciate every branch, every leaf and every twig on this tree of electronic culture. But it’s always nice to lay low to the dirt and give thanks and appreciation to the roots that remain deep underground.

Ready for its Closeup