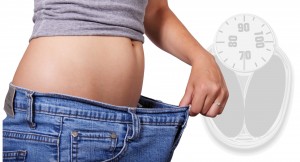 When the question of weight has passed from being a matter of vanity to becoming a dangerous health condition, a diet and exercise program isn’t enough. For some patients, bariatric surgery may be the last chance to change the course of their health.

Bariatric surgery describes any surgical procedure on the stomach or intestines intended to produce weight loss. It is not a cosmetic procedure, but an operation of last resort in cases where obesity is life-threatening. Does it work? There are studies that show significant long-term loss of weight, recovery from diabetes, a lowering of cardiovascular risk factors and a reduction in mortality of from 40% to 23%. But the procedures are not without some major drawbacks, and adverse reactions can arise both immediately after the surgery and long-term.

Probably the most common procedure in the US is gastric sleeve surgery, claiming an 80% success rate, followed by gastric bypass, with an 85% success rate. Lap band surgery was once the third most popular, but due to poor results and a high risk of long-term complications, it has decreased significantly in popularity. There also are other procedures offered, so how do you know which is best? This warrants a discussion with your doctor, and not just any doctor will do. Choosing a surgeon with a proven reputation is crucial. The risk for serious side effects is greatly reduced when any procedure is performed by a skilled doctor with extensive experience. However, the ultimate success of any bariatric procedure depends first and foremost on cooperation by the patient. If a patient is not committed to the necessary lifestyle changes, they can end up gaining the weight right back. In the first year or so after gastric sleeve surgery, weight loss is rapid even if a patient occasionally cheats on the required diet. But once the body adjusts to the new physiology, weight loss slows; if the cheating continues and exercise routines are abandoned, the ultimate result is failure.

One might ask: If a patient is forced to make lifestyle changes anyway, why not just do that? What are the advantages to surgery, especially considering the risks? One of the greatest assets is how quickly the weight comes off, bringing results that diet and exercise alone would take years to produce. But the means it employs is essentially that of force, on both the body and the patient. Here’s how:

• It forces a restriction in calories, either by 1) reducing the size of the stomach, or, 2) through malabsorption – creating a smaller intestinal tract through which the body can absorb calories.

• Most bariatric procedures create a sensation of nausea after high sugar carbohydrates are consumed. Given a choice between eating low sugar and nutritious foods or yakking, patients are prone to favor not yakking. It’s unpleasant, but it can work, much like medications that make alcoholics vomit if they drink. However, all of this forcing is not without consequence.

What are the risks from the surgery alone? Here’s the short list – metabolic bone disease, osteopenia and secondary hyperparathyroidism have been reported after gastric bypass surgery due to reduced calcium absorption. The nutritional deficiencies of iron, vitamin B12, fat-soluble vitamins, thiamine and folate are common after malabsorptive bariatric procedures. Seizures have been reported. Rapid weight loss after bariatric surgery can contribute to the development of gallstones and adverse effects on the kidneys, including irreversible renal failure. Alarmingly, studies have also suggested that there is an increase in self-harm behaviors and suicides in the 5-year period following surgeries.

The problem with weight is that is never simply an issue of metabolism or of eating. There are psychological factors that induce people to overeat in just the same way that some turn to heroin or alcohol. Those tendencies will never really leave, and success depends on a patient retraining the way they think. No one should ever go into surgery believing that it is going to automatically change them for the better. Every patient comes home to the same world that they lived in before – the same pressures, the same job and the same home life — or lack of it. Without establishing a healthier lifestyle and working on personal issues, old habits eventually wear down resolve.

Bariatric surgery is a serious procedure for a serious health condition, and it should be given the same respect, and supportive aftercare, as any life-saving operation. It carries its own set of problems – but it can also bring hope to those who have struggled, and failed, for years. Humans need to believe in change before they can put their best efforts forward. What they do with that change is still entirely up to them.

Advice from the Trenches: Dealing with coronavirus anxiety

Advice from the Trenches: Is it unethical to flash pics of your teen?

COVID-19: How will this pandemic change our way of life?

Passion!: One reader is advised on whether to keep a career or pursue her art