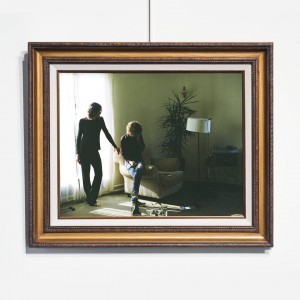 The California indie pop duo Foxygen, made up of multi-instrumentalist Jonatathan Rado and singer Sam France, are back on the scene. Cancelled tour dates and alleged internal dysfunction made Foxygen’s future uncertain, but the band pulled out of it and came up with the year’s most extravagent album, …And Star Power.

Foxygen’s third album, We Are the 21st Century Ambassadors, came out in 2013 to critical acclaim; it was like the psychedelia of Syd Barrett met the songwriting chops of The Kinks. It was clear to critics and listeners alike that Foxygen weren’t really about doing anything new; but they were unoriginal with such zeal that you couldn’t help but take notice. Unfortunately, the pastiche has gone altogether too far with their latest release. The album is a bloated, boundaryless affair in which Foxygen take their throwback vibe to farcical levels.

This album is the complete opposite of their previous release in length and temperament. We Are the 21st Century Ambassadors clocks in at a taut 36 minutes, with nine tracks that all bring something to the table. …And Star Power clocks in at 82 minutes, and feels like it could’ve been half the length. In the digital age, most artists seem to be going for shorter and shorter album lengths, but not Foxygen.

At times, the band proves they’re still capable of making great music: “How Can You Really” is a pop gem, and “Could’ve Been My Love” captures the essence of a ’70s rock ballad. But what follows is a lot of half-legitimate, reverb-drenched songs interspersed with a bunch of noodling and clamor.

It’s hard to figure out why half of these songs are here; in ”666,” France counts up to 10 over two chords and “Hot Summer,” is, again, more rambling over two chords. “Cold Winter/Freedom” is over six minutes of straight noise, and “Can’t Contextualize My Mind” is one progression followed by some noise. Many of the remaining tracks are some combination of the above. Even the songs that have some structure seem like they came up with them in the studio in five seconds on the afternoon of recording.

During “Star Power: Nite,” one of four parts of the album’s eponymous suite, random audio samples of talking and yelling go in and out of the song. One of them is someone asking “is this a move to control me?” It seems like the ultimate question for Foxygen; the album, whose rough edges overpower everything else, is ultimately a move to prove, once and for all, that no one is in control but them.

With …And Star Power, the band transitions from a taught, bright indie pop duo, to a dysfunctional, crazy mess. It’s like they’re trying to concoct a grand image of themselves in the spirit of bands like The Brian Jonestown Massacre; a group hardly holding it together through all the drugs and dysfunction, but ultimately committed the ’70s ideal of rock’n’roll, man. They have the band drama, and now they have the noise-filled double album. Maybe an onstage fistfight would get them to where they want to be.

In an age where being attached to a major label means less and less as far as success, Foxygen are allowed to test the limits of what their fans will put up with. And although I think unbridled creativity is a great thing in many cases, perhaps Rado and France could’ve used a few of those old-school record company suits to reel them in.

Maybe everyone should take inspiration from their situation, as they are pretty much living out the American ideal of taking what you want without apologizing. Foxygen were hell-bent on releasing a double album, and they didn’t let anything, not even having only half the songs for one, stand in their way. These two hellraisers should put down the rock biographies and go back to absorbing the songwriting talent of the ’70s instead of just the excesses.