Keep on Movin’: Die Another Day: Snowplows are driving into the summer 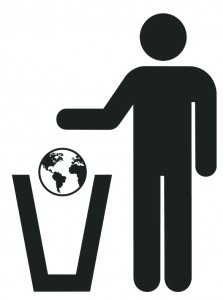 This month, we bring you Let’s Die, a new album from Providence outfit Snowplows. The band was formed in 2012 and is made up of former members of doom noise outfit Mast and mainstay indie rockers The Brother Kite. The often eclectic sound is born out of an arrangement in which there is no frontman, and vocal duties and creative input is split among band members.

Let’s Die often eschews hooks in favor of frantic spoken word in songs like “Bellicose Coast to Coast,” but goes for more traditional alt rock sound in tunes like “Last Request (Flooded).” The album really succeeds with jagged, dissonant riffs on top of a solid rhythm section reminiscent of Foo Fighters or Queens of the Stone Age. “Old Maid” has a Pixies vibe and is probably that album’s most traditionally catchy song, but Let’s Die’s edgy, noisy quality mixed with odd time signatures makes it a difficult listen if you’re looking for the traditional rock song. Ultimately, the eccentricities make it worth the ride.

I caught up with Matt Desmarais, Jesse Marsh and Brian Williams from Snowplows for the rarely attempted three-person interview to talk about the new album.

Jake Bissaro: How does the new record compare sonically with your previous work?

Brian Williams: Our first record was a lot of fun, but we pretty much kept ourselves to a pop song structure. This time, we kind of threw all of that away and felt much more comfortable to experiment.

Jesse Marsh: We realized as we were making it that it was much weirder than the previous album. Our drummer, Patrick [Boutwell], who actually fronts The Brother Kite, became more of an active participant in the writing, and I think he’s been more comfortable bringing his own voice to the project.

JB: What about the name Let’s Die? Usually I wouldn’t ask, but it seemed especially morbid.

BW: There were a lot of bad album names being thrown out, and I just kind of exclaimed it out of pure frustration.

JM: But thematically, it did seem to fit. It’s a darker time in the world, and a lot of the lyrics are generally pretty bleak. I’m pretty sure that as a group we’re the most anxious group of musicians ever, so I’d say our main influence is probably our own anxiety.

Matt Desmarais: Brian also threw out the idea for the cover artwork [a stick figure rendering of a man throwing planet Earth in the trash], which fed into the whole theme.

JB: The setup with everything split creatively is interesting, and not what you see every day. What made you guys settle on that, and how is creative control shared?

BW: The process isn’t the most efficient, but it works out. At first it was more separate songs, and we’ve moved toward integrating everything. There’s still a sense of working with everyone’s strengths; Jesse is on the more of a barky, entertaining post-punk side of things, and Matt has a more traditional singing style, and trying to find ways where they play off of each other.

MD: Creating a song can go from jamming and making something up on the spot to coming to the table with a full song.  I’ll come up with a framework and allow the process to be vulnerable, and I trust my bandmates to feed off of it and interpret it in their own way. I might have certain ideas, but the goal is to let preconceived notions go out the window.

JM: For me, it was never really an active choice; it just kind of happened. Even if I do have a clear idea in my head, these guys may come up with something that’s completely different and way better than what I was imagining. When that works, it’s really awesome.

JB: I’d imagine all that collaboration takes a lot of Zen … does that ever create any tension?

BW: Actually, not very often. It helps that we’ve always been on the same page as far as expectations since day one. We’re not trying to get on a label or tour, we just like to play once a week. We check in and make sure everyone is happy.

JM: I feel very lucky to have this setup. Sometimes stuff doesn’t stick, but there’s never been a time where I thought, “Ugh, this is going in a direction I don’t want.”

Snowplows are holding the the Let’s Die album release at AS220 on May 18 with Twin Foxes, Video Shoppe, and Sullest. Listen to Let’s Die at snowplows.bandcamp.com/album/lets-die

Quick shoutout also to The Hangovers, straight outta my home city of Pawtucket. Their new record, Pardon Our Appearance is full of hardcore rockabilly that is well executed and just what the doctor ordered. The deadly simple riffs of “Do You Like” are like a shot of Rancid mixed with Reverend Horton Heat.

Check it out at thehangoversri.bandcamp.com/album/pardon-our-appearance 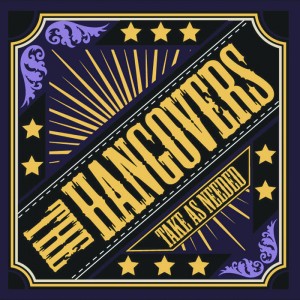 By now, we’ve all heard that the Rolling Stones show at Gillette has been postponed due to Mick’s heart surgery — a blow to the rocking New England public, to be sure. Well, I’m here to tell you that you can stay within state lines and attend our fine local venues and get essentially the same experience. You may think this mere column filler, but I assure you I am performing a great public service.

The spirit of Keith’s tasty riffs is captured by 123 Astronaut frontman Jeff Robbins. I’ve caught a few past performances, and his parts are always super tight and just flashy enough, just like the human riff himself. Check out the tunes “Cheyenne” or “The Friction” off of their debut EP. 123 Astronaut is performing at this year’s PVD Fest, happening downtown Jun 7 – 9.

For the unparalleled low-end precision and timing of rhythm section Charlie Watts and longtime touring bassist Darryl Jones, I give you the Low Cards’ Brian Jablonski (stand-up bass) and Matt Slobogan (drums). This unit is the perfect bedrock for Dan Baker’s swampy, driving blues rock songs, and whether it’s a country two-step or a dirty groove, these dudes have it down pat. Check out their new single “Down from the Mountain,” released a few weeks ago. Catch them at Sons of Liberty in Wakefield on Thu, Jun 13.

To match Mick’s swagger, I give you Epic Beard Men, the rap duo made up of local heavyweights Sage Francis and B. Dolan. An unlikely comparison, you may say, but with no guitar or other props to hide behind, both are forced to go out there and thrive off nothing but their own bluster. Epic Beard Men invade The Met on Fri, May 17.

And finally, for simply some high-quality rock ‘n’ roll that fires on all cylinders, it’s Salem Wolves. Out of North Shore, Mass, they do a morose brand of garage rock. Check out “Cindi” and “Brute Force” to see what I mean. Catch Salem Wolves at PVD Fest.