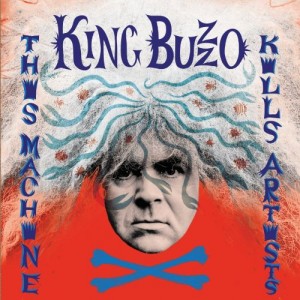 When and where to catch great shows this month

1. Friday, July 11: Dinosaur Jr., King Buzzo (of the Melvins); $25; 8pm doors / 9pm show; All ages; The Met, 1005 Main St., Pawtucket. The loudest show of the year is upon us. Dinosaur Jr. is warming their way up to a fantastic Village Voice 4Knots Festival in NYC and are teaming up with King Buzzo from the Melvins for a Met mega show. Dinosaur Jr and Melvins are both veterans of the alt rock / metal scene, both having been prolific since the mid ’80s. What’s remarkable is not only does all their material still stand up, but their new material is fantastic.  Dinosaur Jr.’s 2012 I Bet On Sky is fantastic and just as listenable as all their classic LPs. King Buzzo is touring behind his 2014 This Machine Kills Artists and is a dark heavy mix of gloom and psychedelic. Can’t miss show.

2. Monday, July 14: Queens of the Stone Age; $69.50 to $39.50;  7:30pm; All ages; Providence Performing Arts Center. After seven years, Queens Of The Stone Age are returning to Providence. Josh Homme’s revolving musician supergroup are touring on their sixth record, Like Clockwork. The album brings the band back to top form, a fantastic listen from front to back, and also shows some maturity. While the record doesn’t have a melodic single to sell, it is a very solid full play of blues metal stoner grooves. “I Sat My The Ocean” is classic Queens, a mix of sex swagger and stoner riffs.  I hope the PPAC employees are ready to get second hand stoned. While it might be a bummer to see a band like Queens in a seated environment, the sound at the PPAC is fantastic and the band never disappoints. Tickets are still available as of write time, so don’t sleep on it.

3. Thursday, July 17: We Own Land / Diepods / Benny Sizzler; Free!; 6pm; All ages; Fort Adams, Newport. Nothing beats basking in the sun at Fort Adams in the summer. And if you were waiting to find out who would play Folk Fest before buying tickets, you are likely shut out from being able to go (like me). Here is a solution: three of Newport’s finest punk rock acts for free at sunset. But make sure to get there early to see Newport’s own and RI’s arguably best punk act, Benny Sizzler, tear up the fort.

4. Friday, July 18: Huey Lewis and the News; $40 and up; 7pm doors / 8pm show; All ages; Twin River Event Center, Lincoln. Am I getting old or is it Halley’s Comet? I want to go see something at Twin River Event Center that doesn’t involve betting on horses. While many people my age were introduced to the News by American Psycho, it was the 100 something times I watched Back To The Future for me. Huey Lewis and the News are still at it and are bringing the best ’80s bar rock Lincoln has seen. There are a lot of other things going on this date, so I hope they play the two songs from Back To The Future early.

5. Friday, July 25: Kongos, Satellites Fall; Free!; 7pm; All ages; Waterplace Park, Providence. The best reoccurring event in downtown Providence is 95.5 WBRU’s free summer concert series. Right on the water at sunset, the price is right, the views are spectacular, the beer is cold, and the music is never terrible.  Kongos is a South African alt rock act consisting of four brothers from South Africa. They remind me of a bit of classic ’90s Soul Coughing type BRU / meets the current Eat A Banjo movement. Make sure to get there early for local act Satellites Fall.