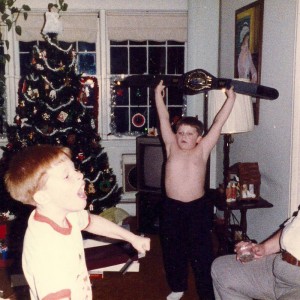 Brooklyn-based singer-songwriter Kevin Devine is never afraid to speak his mind through his music. Whether it’s something personal, political or even from social observation, he has a knack for getting a point across with a song. His ninth studio album, Instigator, is due out on October 21 and it examines the world in 2016 on numerous levels. Devine’s brand of electric power pop is evident throughout the album and energy flows within each track. It shows an artist keeping things consistent while pushing envelopes.

Devine worked with producer John Agnello on the album, whose resume consists of bands like Sonic Youth and Dinosaur Jr. Instigator‘s structure is reminiscent of the 2013 release Bubblegum that was done with The Goddamn Band, one half of a double release with the other album being the acoustic-driven Bulldozer. There’s that unique , subtle fuzzy tone that always knowing when to increase its presence. What makes Devine’s music so great is his ability to put the right amount of intensity in certain spots while staying true to his style. Like many of his previous albums, Instigator serves as a prime example of this.

What sets the album apart from a lot of others in 2016 is how Devine sings about a lot of issues. The Black Lives Matter movement is a prominent theme in a few tracks on Instigator. Another issue that’s examined is the imperialistic way The United States handles their foreign policy in certain parts of the world. It makes for an eye-opening listening experience, courtesy of a musician’s awareness of what’s happening. For an in-depth look at whatis being exemplified, check out my top tracks off of the Album Of The Week.

Going back to Devine’s acoustic roots is “Freddie Gray Blues,” a song that talks about the April 2015 death of Freddie Gray while in the custody of police in Baltimore. While singing about police brutality, he examines the history of police officers in his family and how he’ll never know what it’s truly like to be a black man in America due to his white privilege. “Both Ways” is a fuzzy number about the institutional ignorance of how America treats other parts of the world. The song title pretty much goes along with how Americans have their freedom at the expense of others. A thrashing track that is a love song is “Magic Magnet;” it shows the other side of Devine’s songwriting that alternates between personal and political.

Kevin Devine will be heading back stateside after a few shows in London, starting with an in-store performance at Looney Tunes in West Babylon, New York, on October 22. In December he’ll be rolling through New England for a couple of shows at The Ballroom at the Outer Space in Hamden, Connecticut, on the 9th and the following night at the Royale in Boston. There are two chances to see a stellar songwriter live that nobody should miss out on. After that run he’ll be heading back to Europe in early 2017, but whether you hit up a show or your local record store, make sure you pick up a copy of Instigator. It’s another installment from one of the most consistent artists of the century and you’re going to enjoy it.