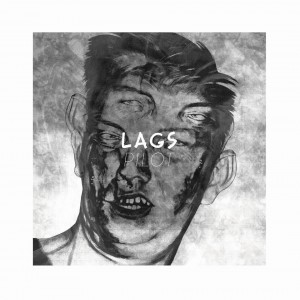 Rome is known for a lot of things — the Colosseum, the Italian Renaissance and the city’s numerous statues and monuments. Who’d have thought that a place like Rome would also be home to a badass punk scene? Calling The Eternal City home, Lags have a sound reminiscent of Fugazi and At The Drive-In and it’s evident with their debut album Pilot. This quartet stands apart from a lot of today’s punk acts with energetic rhythms and a classic unbridled blend of angst and intensity.

The band’s lineup is an interesting one. Frontman Antonio Canestri is also part of the alt-folk act Hilo and drummer Andrew Howe is a track and field athlete who has also collaborated with Sepultura’s Igor Cavalera. Rounding the band out is guitarist Gianluca Lateana and bassist Daniele De Carli. This unique foursome comes together to create forceful songs shouting out at inequality and alienation while being the voice of rebellion and individuality. You have to love the complex and compact structures; it’s brain melting stuff that reaches into your mind.

I love music that has two different languages in its lyrics. Lags’ songs come with Canestri singing in either English, Italian or sometimes both. It provides a different kind of experience that I really enjoy. Maybe it’s because I’m a cultural junkie but who knows? Get your fill with my top tracks off of the Album Of The Week:

The screams and shouts in “War Was Over” will send chills up your spine. It’s a powerful song that has Lateana exhibiting driving techniques on guitar in pristine fashion. “Fear, Control, Mothers” is catchy in some parts and progressive to a minor extent. Canestri totally unleashes on the mic about how we should have nothing to fear and we should live each day like it’s our last. De Carli’s bass is extremely present in “Queen Bee,” a track that’ll have the chorus sticking to your head like gum on a shoe. The downbeats from Howe are seismic.

Since Lags are from Rome, there’s no telling when they’ll be heading over to our neck of the woods. Their next show is in their hometown at Csoa Spartaco with fellow Roman punks Raein, Godog and Bastian. If you’re in the neighborhood you should go because it sounds like it’ll be a rad time. While you’re there, get yourself a copy of Pilot, the brand new debut Lags. It’ll give you a shock with a whole lot of rock.

Stream of Pilot on Soundcloud: https://soundcloud.com/wearelags/sets/lags-pilot-1