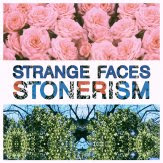 With the help of the internet, it’s fairly convenient for the typical music fan to dive into different music scenes around the country just by search through a few genres and clicking on a couple of tags. For example, take Chicago’s garage rock community. Countless bands have come out of The Windy City over the past few years with fuzzy riffs, catchy hooks and a raw flair. Another one of those acts is Strange Faces and they’re putting out their debut album, Stonerism, just before the year ends. With a combination of surf punk and power pop, this quartet lets it all hang out with each track.

Similar to their local contemporaries The Orwells, Twin Peaks (Cadien James from that band produced and mastered Stonerism) and Modern Vices, Strange Faces mix intense, unbridled electricity with catchy lyrics. What sets them apart are the atmospheric vocals from David Miller and the lo-fi, shoegazy styles from Taylor Walters on guitar. It’s a different take on a genre that’s usually in your face with these four kids taking it a bit back while playing songs that’ll make you dance. With Stonerism, Strange Faces show that they’re not your typical garage rock band by continuously pushing the creative envelope.

So, it’s that time of the year again. This is my final Album Of The Week article for the year, an interesting year indeed. It’s been great seeing so many underground bands put out a bunch of incredible records this year, and it’ll be very difficult trying to figure out which ones make my end of the year list. Before I figure that out, here are my top tracks:

Right when the opening riff hits in “Don’t Feel Bad,” you’ll start to feel good. The rhythms will get you to cut a rug while everything else will put you under a spell. The downbeat driven “Still Lit” is an ode to adolescent boredom and not having any idea of what to do with yourself. It also might be a story about being alone after taking a hit of the devil’s lettuce, but I guess you have to ask the band about that. “Such A Drag” is very reminiscent of Guided By Voices; you can definitely notice the Robert Pollard influence right from the beginning.

They don’t have any shows coming up, but be sure Strange Faces will be back on stage performing live sometime next year. Hopefully they’ll venture to New England and grace us with their presence. Pine for them until they come through your friendly neighborhood music venue but until then, grab a copy of Stonerism when it comes out on December 11 via Autumn Tone Records. It’ll fill your latest need for something new while also giving your record player something to do.