The Band’s Visit has Arrived

Something remarkable is happening at PPAC. 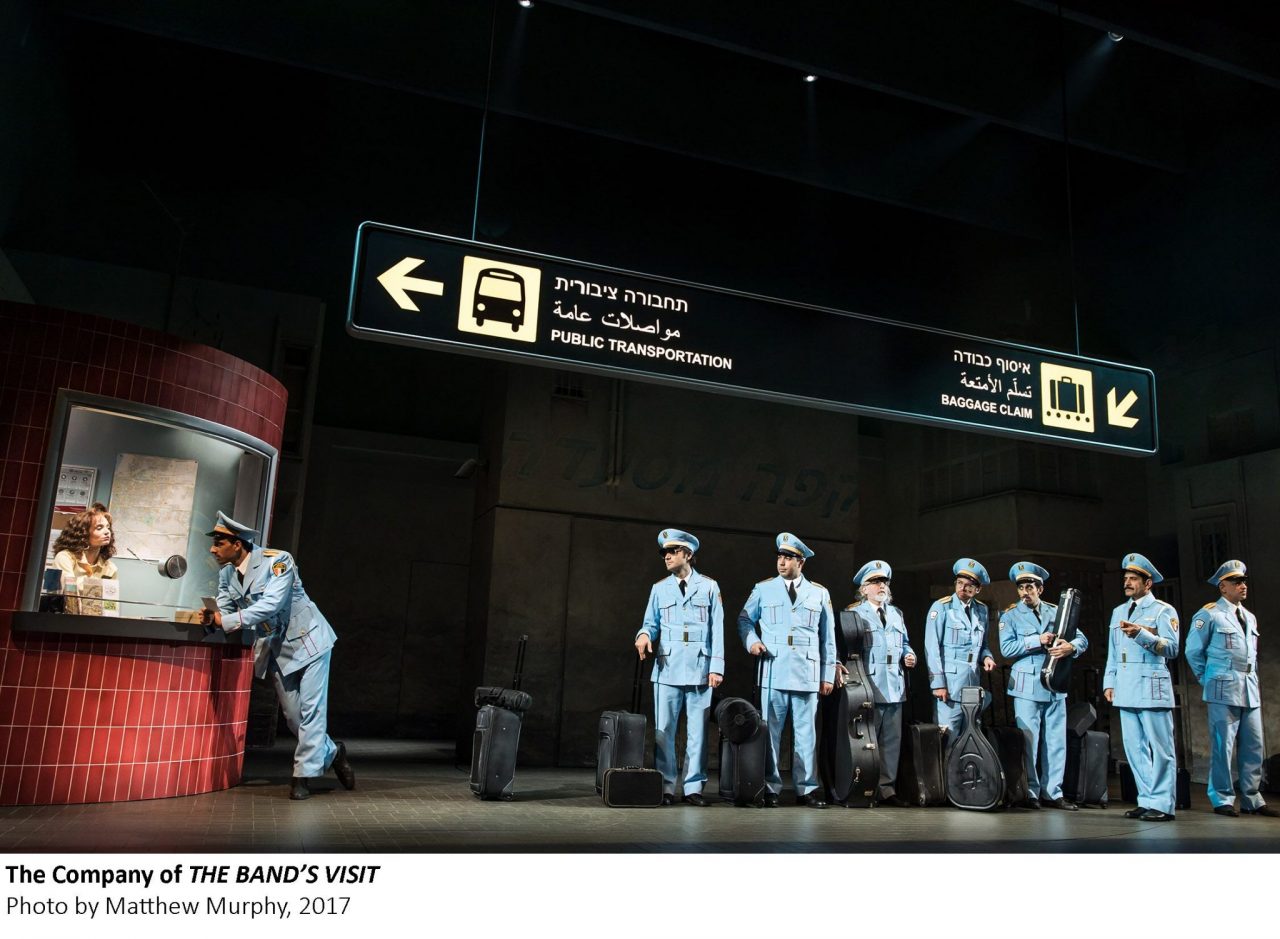 I know, you probably didn’t expect to see that sentence coming from me. But it just so happens that the sleepy theatrical month of June has become more awake than ever this year with stellar productions of gorgeous musicals from the yearning of Fun Home at Wilbury to the outrageous decadence of The Rocky Horror Show at Out Loud, and now the National Tour of The Band’s Visit has arrived — and what an arrival.

The origin story of this musical is wonderful for just how unlikely it is that it even came to be. Based on a 2007 film, which was then turned into a musical off-Broadway at the Atlantic Theater Company where it was such a smash it transferred to Broadway, and in a season filled with high-profile tourist-y fare, it managed to snag the Tony Award for Best Musical.

Now it’s embarking on a tour, and kudos to PPAC for snagging the right to be its first stop. While it doesn’t yet have the name value of the usual tours that make their way through Providence — Wicked is sure to make its 73rd stop here at some point — it’s exactly the sort of gem that should be a must-have ticket just for its unique sensibility and stunning musicality.

With a book by the supremely talented Itamar Moses and music and lyrics by David Yazbek (Dirty Rotten Scoundrels, The Full Monty), The Band’s Visit takes place in 1996, as the Alexandria Ceremonial Police Orchestra have just arrived in Israel, only to find that nobody is waiting to pick them up. When their leader, Colonel Tewfiq (Sasson Gabay), decides to press on by bus, a miscommunication lands them in a remote town called Bet Hatikv for the evening without so much as a hotel to camp out in for the night.

Luckily, at the suggestion of a cafe owner named Dina (Chilina Kennedy), the townspeople take in the band, and what transpires is a magic evening of quiet (and sometimes clumsy) connection between the members of the band and their hosts.

Once the band splits up to their respective dwellings, the musical plays like a series of interconnected short stories as Tewfiq and Dina find themselves on something resembling a date; Simon, the clarinet player, winds up being witness to some domestic despair; Haled (Joe Joseph), the charmer in the band, coaches a young man on speaking to a girl; and a “Telephone Guy” (Mike Cefalo) waits endlessly at a payphone for his girlfriend to call for the first time in months.

Kennedy and Gabay do a fantastic job of anchoring the show. Kennedy’s performance of the show’s standout number “Omar Sharif” is haunting and romantic, while the silent intensity Gabay brings to Tewfiq is compelling and heartbreaking. Gabay has a long history with the role, having played Tewfiq in the film, and it’s a real treat to get to see him transfer his performance to the stage without losing any of its nuance.

As Haled, Joseph has charm to spare and, as in the film, the roller-skating rink scene is endearing and hilarious. Adam Gabay makes for a sputtering and sweet Papi, and he plays well with Joseph, as the two enact a mini-Cyrano scene set to music.

The music itself does a beautiful job of evoking the dual cultures of the story and the reclusive environment they find themselves in. Yazbek is something of a musical theater chameleon, as comfortable writing music for American steel workers as he is for singing Almodóvar lovers. In The Band’s Visit, he does the difficult job of making boredom sound wistful and ennui sound majestic. He gives characters who can’t put their feelings into words the ability to sing through their hopelessness, and in doing so, find hope.

The show also benefits from having one of the strongest librettos I’ve seen in quite a while. Moses finds just the right balance of humor and pathos in every scene, and he judiciously finds the right moments from the film to memorialize while also bringing in the film’s most powerful character — Silence — in ways that can only be considered fearless when you realize that musical theater so infrequently allows for the use of the absence of sound, especially for such significant stretches of time.

Even though the music is enchanting, at times, you feel as though what you’re watching is more of a play with musical outbursts, and I would imagine that’s due to the flawless direction of David Cromer, a director and actor more known for his groundbreaking interpretation of plays like Our Town than for musicals. He lets scenes breathe while still managing to fill them with purpose and intention, and there were many moments where I leaned forward in my seat and held my breath, aware of something that feels like tension, but is really just the space between two people trying to figure each other out in the kindest way possible.

Indeed, what makes this musical so fascinating, is that in any other story, the moments that would lead to conflict would do just that, but here, the characters continually pivot so that rather than find differences in each other, they discover common ground.

For those of you who leave during bows — first of all, shame on you, and second of all, you’d be missing out on the incredible concert that happens as a sort of grand epilogue to the show. It’s one more surprise in a musical full of them, the biggest one being how such an intimate piece could find itself, like its characters, traveling so far and to such great success.

The North American Tour of THE BAND’S VISIT plays at the Providence Performing Arts Center (PPAC) through June 30. Tickets are on sale now at the PPAC Box Office (located at 220 Weybosset Street in downtown PVD), online at ppacri.org and by phone at 401-421-ARTS (2787). Box Office Hours are Monday through Friday, 10A to 5P, Saturday, 10A to 2P and two hours prior to curtain time(s) on performance days.

PPAC’s Fiddler Is Far from the Show I Love

In Providence: A Boy, A Girl and The Avon