Cranston Artists’ Exchange Celebrates Its Own Community with “Our Town” Play While Our Town is a Pulitzer Prize winning classic, its simplicity belies its depth. The Artists’ Exchange, under the mature direction of Rich Morra, reminds us of the messages Thorton Wilder intended. The play is set in the early 1900s, yet as always with well-written stories, there are universal truths that are everlasting.

Of course, there are some dated moments in the play that display the expected place of women and the distancing of foreigners (such as the Polish side of town across the railroad tracks). Perhaps that’s why theaters have avoided it in recent decades. But if we can accept that there are few cars, no electricity and no cell phones, why not accept that it reflects the reality of gender roles at the time.

In the small town of Grover’s Corner, New Hampshire, we are introduced to two families — the Webbs and the Gibbs. In so many ways, nearly a century hasn’t changed family life, or at least it hasn’t changed mothers. Mrs. Webb (Meaghan Rose Donnelly) and Mrs. Gibbs (Kate Lester) tell their children, “Eat slowly,” “Pick up your feet,” and “Stand up straight.” Mothers are the center of the universe. At one point, the Narrator/Stage Manager muses that the mothers have cooked without stopping, literally tens of thousands of meals, “and not one nervous breakdown.” Kate Lester is particularly outstanding as the strong rural woman, physically and spiritually, lending help to all without complaint. And it is Lester as Mrs. Gibbs who we most admire in the final scene of the third act.

The play features the most important jobs in town: the doctor, Dr. Gibbs (Billy Flynn), and the newspaper man, Mr. Webb (Christopher Ferreira), both solid in their roles. Our Town reminds us that, besides doctors and newspapers, we need community and a sense of feeling connected.

Tom Chace shoulders the challenging role of the Stage Manager/Narrator. He is on stage nearly the entire time, explaining where we are in the story and why. Chace seemed a bit too much of a “city-feller” in the first act, but it was opening night, and people continued to party just outside the theater doors in the Character’s Café. However, by the end of the second act, Chace was mesmerizing as the slower-paced, down home, truth teller of the saga.

At the top of the show, the Stage Manager foreshadows one of the main themes by telling the audience about a bright young man, whose life was cut short by war. And so it continues now that men are drawn to battlefields, long after the conflict has passed. In the play, Mrs. Gibbs remarks that her husband “is happiest when he visits Gettysburg and Antietam,” reliving the Civil War.

The heart of the story is about love, which is wonderfully presented to us through the young lead characters of George Gibbs (Nick Viau) and Emily Webb (Mia Ray). Ms. Ray gave a sparkling performance, easily holding the audience’s attention. The play also is about the comfort we find in routine, such as the Wednesday night choir rehearsal at the church. Most importantly, it’s about the fact that so few of us realize the importance of each moment we are alive. We forget that death can come at any time, at any age.

Take the time to visit the new Character’s Café and go online to buy a ticket to Our Town.  The show runs April 5th through April 14th at #82 Rolfe Street (Theater 82), just up the street from the Artists’ Exchange. Tickets are $15. For more information, tickets and directions please go to www.artists-exchange.org. 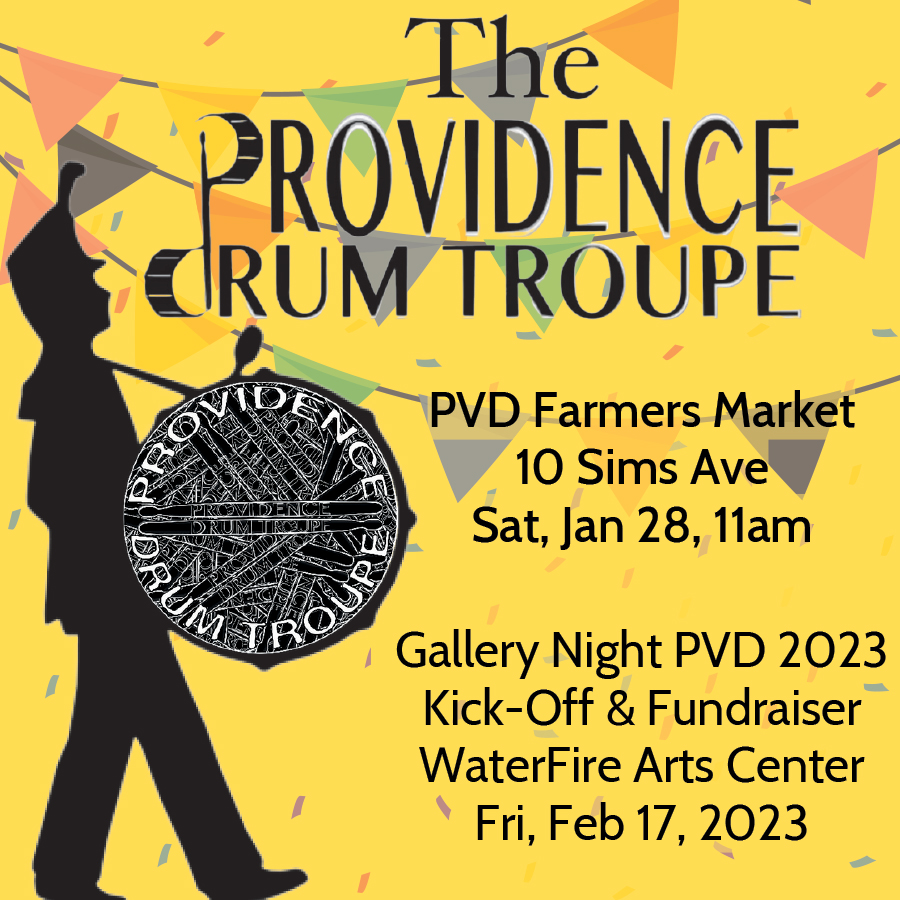