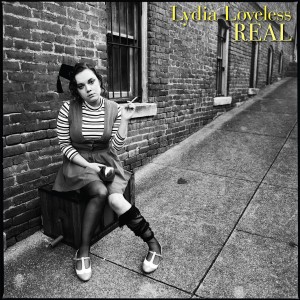 It’s rare when music is genuine and comes straight from the heart. There’s way too much of a hodgepodge of artists singing about materialistic crap like how big their house is, how many cars they drive, etc. In the rock realm, Lydia Loveless has been a breath of fresh air. The alt-country artist from Columbus, Ohio, has a new album out with Real and it lives up to the title. Loveless writes songs about the human condition and life itself that can resonate with nearly anyone.

“There was a lot to say this time around and I wanted to return to that sort of playground and sometimes literally throw things at the wall. Whereas our previous records could be described as blunt or raw, this one I wanted to be known as honest, as true and as real,” Loveless says on the making of the album. “Because I feel like I spent my formative years flopping around like a fish, masking pain with substance abuse and somewhat ashamed of who I was — a hayseed, a phony, I felt — it was absolutely necessary for me to become a stronger, more confident human, or I was going to die. Real is my sort of love letter to that realization, that my existence was just as valid as any other.”

The new album shows Loveless finding another side of herself while also not being afraid to wear her heart on her sleeve. There’s also a distinct edge to go with the country tinged vibe of Real. Todd May adds backing vocals along with playing guitar and plucking the keys, bassist Ben Lamb and drummer George Hondrulis provide a great rhythm section along with Jay Gasper, Andy Harrison and Viers showing their skills on multiple instruments. It all amounts to multiple dimensions shining through on hard-hitting tracks. To examine even further, check out my top tracks off of the Album Of The Week:

Starting the album off is “Same To You” and it has a chorus that’s simply harmonious. There’s also a bit of a pop rock tone to the song as well. “Longer” has a riff that shows that edge and then there’s a twang that kicks in right afterward. Loveless’ voice is stunning in this track and then when Lamb and Hondrulis join in, this heartbreaker of a song is something special. Lamb gets a bit funky on “Heaven;” it kicks off a groove that the rest of the band dives into.

Lydia Loveless will be playing a few shows in the New England area with a stop at The Music Hall Loft in Portsmouth, New Hampshire, on November 9 and another show happening the following night at Great Scott in Allston, Massachusetts, within the Boston metro area with Nashville rock ‘n’ roll artist Aaron Lee Tasjan. If you can make both shows, cheers to you. If you can’t make both then you should try to make at least one. While you’re at either show, grab a copy of Lydia Loveless’ latest album Real. It’s definitely one of the best albums to come out so far in 2016 by an artist who’ll be a household name sooner than you think.