Not in Kansas: RI Dems running in Trump territory

Received political wisdom in Rhode Island says the coastal and metro areas are more liberal, while the state’s interior towns elect Republicans. These are areas that don’t see a strong Democrat opposition, where Republicans have long held sway without much effort. After all, with Democrats controlling state government for close to 100 years now, why bother running up the score? That did not stop some local Democrats from running aggressive campaigns in their own town, however.

“We really wanted to give people in Scituate a choice this year,” says Alicia Ann Kelley, chair of the town Democrat party. “If they wanted to vote Democrat, they had six plus one [candidates].” Scituate is known as the most Republican town in the state. In an inverse of state government, the local GOP has had a controlling majority in the town council for almost a century. Democrats ran seven full candidates (one was a registered Independent) for city council, candidates for town clerk, town moderator, house district 41 and school committee.

Only former councilman Mike Marcello won a seat on the town council, placing sixth among all vote-getters. He was the last Democrat to be elected on the council in 2006, before running for General Assembly in 2008. Marcello actually ran against Nicholas Mattiello in 2014. On the school committee side, Scituate Democrats scooped up both seats up for election this year, giving Democrats a majority control, 3-2.

“This is a big deal,” says Kelley. “We haven’t had a majority on any elected board for decades if not 100 years.” Twenty-three million dollars out of the town’s $37 million goes toward schools, around 62% as of the last publicly available budget. It’s a similar situation in most Rhode Island towns, and it empowers local Democrats to do a lot more than before. “We as Democrats will be able to shine, showing that we’re gonna bring down the structural deficit, bring technology to schools, and fortify our CTE program,” says Kelley.

The perception is that Scituate is a Republican stronghold, but the actual data shows different. Twenty-five percent of voters are registered Republicans, 23% are registered Democrats, and 50% of voters in Scituate are unaffiliated. Kelley ascribes it to the state’s unique semi-open primary system, which results in a lot of voters who aren’t locked in by their party. “It comes back to service for the town,” she says.

Elsewhere in Rhode Island this cycle, Megan Cotter ran a close campaign against Republican Justin Price for House District 39. District 39 (like many outside the metro area) covers multiple towns: most of Exeter, all of Richmond and the northern sliver of Hopkinton. Races were close across the board in the area. Joe Biden only got three more voters than Donald Trump in Richmond, for example, and in Exeter, Trump only received 35 more votes than Biden. Congressman Jim Langevin also only won Exeter by 11 votes, but lost Richmond to challenger Robert Lancia by 9.

“I don’t think it matters if you’re liberal, progressive, conservative,” says Cotter, “if you’re talking about the things they want to hear, and the things you care about.” She characterizes her district as less conservative and more willing to be anti-establishment at the local level, finding instances where a voter voted for Trump but also for Cotter. Cotter ascribes it to voters willing to break more with the party at the local than national level. She may not be wrong; she only lost by a slim margin of 321 votes, dominating in early voting and mail ballots.

Cotter ran a positive campaign, running on the issues. Down in her district, solar farms and schools are the big issues. Residents of the towns are broadly against clear cutting, the practice of removing trees and replacing them with solar farms. Other issues she ran on include legalizing marijuana, raising the minimum wage and 100% renewable energy by 2030.

When asked by Motif if she’d run again in 2022, Cotter declined to give a definitive answer. The wounds are a little fresh and she’s adjusting to re-entering life from campaign mode. “I’m not committing to running again,” she says. “But I’m not not committing either.”

Kelley, too, declined to comment on any future election plans, but suffice to say there are some Democrats out there who are not willing to write off the rural areas.

“Take This Seriously”: A summary of the governor’s November 25 press conference

COVID Cases Continue to Rise: A summary of the governor’s November 12 press conference

The (Unofficial) Results Are In!: RI appears to award its electoral votes as expected, but local races deliver some surprises 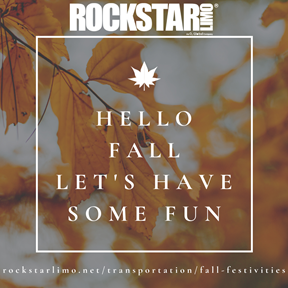