Motif seeks to recognize the excellence in local theater at many different levels. We polled the critics and the theater companies themselves – about their own best work, and the best work they saw – and then over 2,500 of you, our theater-going readers, voted for your favorites. The results were announced at our awards show on August 25 at Fete in Providence. A few hundred of RI theater’s brightest stars celebrated, with food from Sammy’s Kitchen and Gotta Q.
Thanks to all who turned out, and all of you who voted! 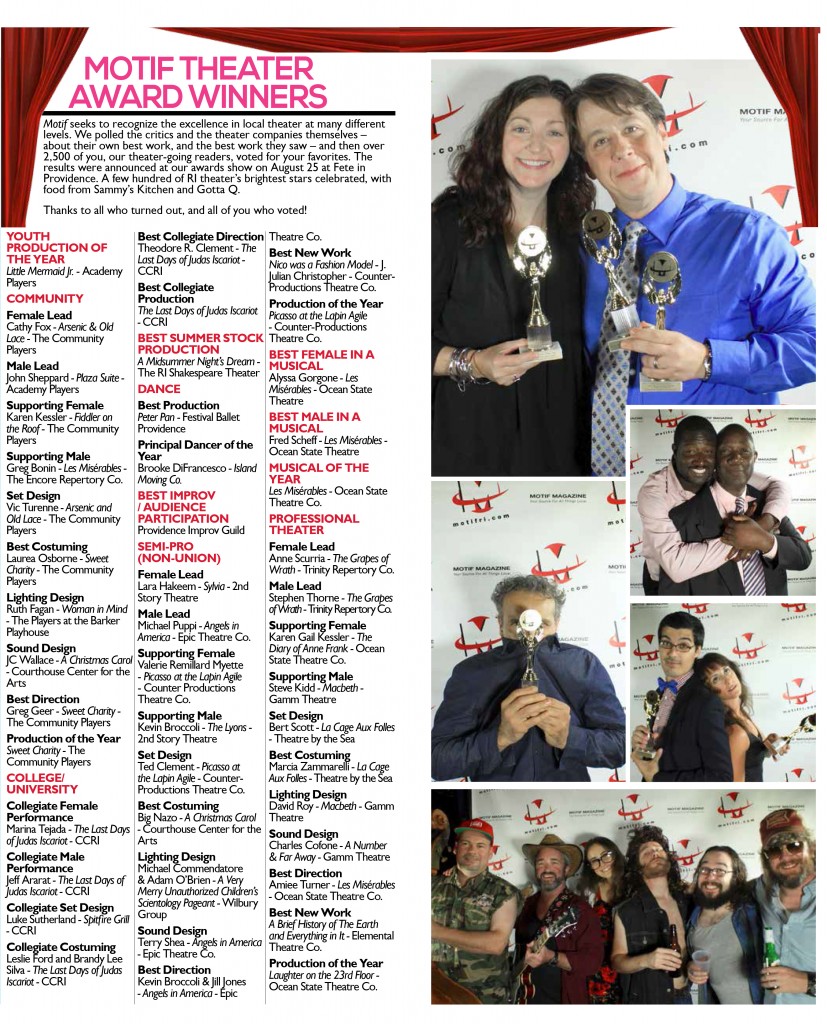 Monster of The Month – August I