By Motif Contributor on August 6th, 2014 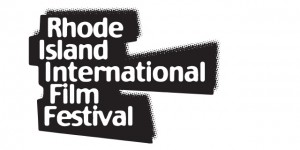 Entering its 18th year since its founding by George T. Marshall, the founder of the Flicker Arts Collaborate, RIIFF has become a focal point of international films by everyone from up-and-coming filmmakers to highly seasoned actors and directors. Between August 5 and 10 this year, roughly 270 films will be shown including Flavio Alves’ Tom In America, Marcelo Mitnik’s En las nubes (In the Clouds), and Selcuk Zvi Cara’s Mein Leztes Konzert (My Last Concert).

Since 2002, the RIIFF has been a qualifying festival for the Academy Awards in short film categories. Numerous stars and celebrities have attended RIIFF over the past decade including Seymour Cassel, Andrew McCarthy, Kim Chan and Michael Showalter. Some have had the honor of receiving the Festival Lifetime Achievement Award. In 2001 it was awarded to Breakfast At Tiffany’s director, Blake Edwards, accepted by his wife, renowned actress Julie Andrews. In 2009, the honor went to the multi-Emmy and Golden Globe nominated Academy Award winner Ernest Borgnine.

This year’s recipient is Theodore Bikel, known for originating the role of Captain Van Trapp in “The Sound of Music” on Broadway and Oscar nominated for 1958’s The Defiant Ones. Bikel speaks 10 languages, and will be presenting his film, “Journey 4 Artists” a multi-lingual, musical piece that seeks to bridge cultural gaps through folk music and stories, including Bosnian, Jewish and Arabic samples. It will be paired with Cara’s Mein Leztes Konzert, a short Yiddish film about a composer, which Quirk calls, “A visual poem. I haven’t really seen a film like this before.” They screen Sunday at 2:30 at RISD’s Metcalf Auditorium.

Events during this year’s festival include the Rhode Island Film Forum, a symposium of film industry leaders and the local film community, assembled to discuss a variety of topics from the technical side of cinematography to the future of film festivals. Also, a workshop on balancing your film’s budget will be presented by Tom DeNucci of Woodhaven Productions.

“We’re very excited to have two nights of screenings at PPAC this year,” says Festival Artistic Director Shawn Quirk. That includes the opening night screening and gala at 7pm on Aug 5th.

Scriptbiz, a long-standing screenwriters workshop, and KidsEye, a celebration of children’s film, will also be taking place during RIIFF, as will a midnight horror show on Friday night, featuring the post-apocalyptic Another World by Israeli filmmaker Ellan Reuven and Ben Gordon’s short Dracula & My Mother, starting at 11:30pm at the Bell St. Chapel.

Local films will also be showcased. “We have a great mix of local and global,” says Quirk. There will be Steel Shoes, a documentary about horseback riding by Cranston filmmaker Alyssa Migliori, featured shorts by locals Eric Latek and Bill Smith, and an afternoon “Underground Fest” dedicated to up and coming local filmmakers (8:30pm Saturday at Bell St.).

To view the film schedule, showcase locations, and purchase tickets, go to: riff.festivalgenius.com