Abuse of Power: Bell says sex with a person in police custody should be considered sexual assault 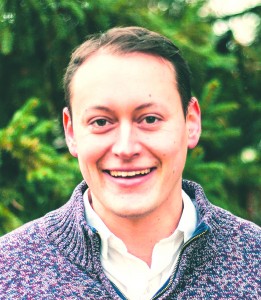 On February 13, State Senator Sam Bell (District 5) submitted a law (S-0317) into the Senate Judiciary committee that sets criteria for sexual assault and criminal offense if you’re in the custody of a peace officer. Peace officers can be state or municipal police, bailiffs, correctional investigators and officers along with a laundry list of others as defined in state law. Currently, there is nothing on the books that makes sexual contact with someone in custody explicitly sexual assault, a law that exists at least in 30 other states.

“It can be very very difficult to prove sexual assault in a court of law,” said Bell. Proving it beyond a reasonable doubt in court can be tricky and most sexual assault prosecutions fail because they don’t prove lack of consent. And plenty of sexual assault in America is never prosecuted. This fear that their case will go nowhere can discourage people from reporting their sexual assault, lowering the numbers even more.

Behind Bell’s reasoning for his proposed law is the implicit power dynamic that exists between a peace officer and someone in their custody. Frequently with police officers, the power dynamic isn’t in threats or physical violence — it’s in the fact that they’re a cop.

“There’s no real consent,” said Bell. “Even if you agree to do something, the power dynamic makes it an abuse of power.” Bell has included in his proposed legislation measures to prevent people from being over-charged with offenses. The law is designed to apply only to peace officers in these specific instances.

Bell’s proposed law is part of a larger national movement. Custodial sexual assault is more than just a matter of cops behaving badly, and peace officers across the nation have being charged with sexual assault of people in their custody. A high profile case last year happened in New York City with 18-year-old Anna Chambers, who was arrested and taken into an unmarked police van by two NYPD detectives, Richard Hall and Edward Martins. They proceeded to rape her. A hospital rape kit found semen matching the two detectives inside Chambers. The detectives claimed she consented, and New York State did not have a law on the books explicitly saying people in custody cannot consent.

While the New York State legislature changed its laws this time last year regarding this type of sexual assault, the law will not apply to Anna Chambers and her predators. The Brooklyn DA in charge of the prosecution dropped the rape charges last week, and the defense attorney for the two detectives maintained that although the law had changed, there was no rape in this case.

These incidents are not unknown in RI. During the ‘80s, there was a case that went all the way to the state supreme court: State v. Burke. In October 1983, Valerie T. (her name changed to protect her identify), was hitchhiking along post road in North Kingstown. Police officer Michael Burke pulled up in his cruiser, asked if she wanted to make some money and asked her to enter the car. The complaining witness didn’t know what else to do and was afraid. He drove her to his house, where he made her give him a blow job and then masturbated to completion on her face.

According to the opinion, “The defendant abused his apparent position of authority over the victim for the purpose of sexually assaulting her. This appearance of authority, combined with the fact that the defendant was armed and the peculiar vulnerability of the victim are sufficient to support a jury verdict that defendant coerced submission by impliedly threatening the victim within the meaning of § 11-37-1(C).”

Bell’s proposed legislation received a hearing in committee a few weeks ago. As of this writing, it has been held for further study and its future is unclear. In the house, a similar bill (House BIll No. 5733) has been submitted by Rep. Moira Walsh (District 3). It’s yet to receive a hearing date in committee.

Baring Our Cupboards: How will proposed changes to food assistance affect Rhode Islanders?