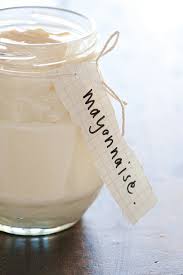 Ob•liv•i•ous- not aware of, or not concerned about what is happening around one.

My job as the DareMe girl is to bend your everyday expectations of normal. It is my pleasure to get your attention, make you think about things, make you laugh and sometimes point out a problem you didn’t know was there.

My mission this month was to eat strange things in public, specifically mayonnaise. The dare consisted of emptying out an old mayo jar, filling it with vanilla pudding, and then watching as people look in disgust while I eat it by the spoonful.

In my opinion, seeing someone eat mayonnaise is not shocking. This is Providence and a lot of us pride ourselves on being weird. So I decided to up the ante as I usually do. I needed something else to consume, something that would provoke more of a reaction. If I passed someone eating mayonnaise I probably would not take notice; however, if I saw someone ingesting something potentially harmful I would definitely react and most likely try to stop them. I came up with the idea to drink Windex! Well, not real Windex. I emptied the bottle and washed it out, which is extremely difficult to do because adding water just keeps creating more suds that never seem to end. Then I filled the empty bottle with blue Gatorade.

I told my mother all about my grand plan to get the craziest reaction I could and she said that if she saw someone drinking Windex she wouldn’t bat an eye. This shocked me a little. “But why wouldn’t you?” I asked. “Isn’t Windex extremely harmful?” She said she’d try to stop a little kid, but if she saw an adult doing it, she’d assume they were trying to get drunk, were crazy, or both.

That response just put me in a whole new world of worry. What if I’m sitting down doing my dare and the cops see me drinking Windex in a public place? Am I going to get in trouble because technically it’s alcohol? When I come face to face with a bad decision, the lightbulb goes off in my head that says, “Bing! That’s a bad decision!” Then my brain, in the most bad-ass tone I have, says, “Let’s do it!”

With my mayonnaise label prominently displayed as if I was in a soda commercial, I began spooning lumps of nasty vanilla pudding into my mouth hating every second of it. I can’t stand pudding. It probably would’ve been easier if I just ate mayo. People just walked by casually doing whatever, like looking at their phone — not even noticing. After not a single reaction, I pulled my Windex bottle from my blue backpack and begun chugging the Gatorade, which I enjoy far more than pudding. As I mentioned before, Windex bottles are very difficult to clean and every time I lifted the squirt bottle to my lips, the pungent smell of glass cleaner hit me in the face. There goes that mental light bulb again. I probably shouldn’t be drinking this. Then I kept drinking it.

I went to three different places and got the same reaction from both the mayonnaise and the Windex — nothing! I was quite shocked and almost a little bit hurt! Windex contains both ammonia and ethanol. Consuming 2 ounces within an hour will make you drunk — really drunk from what I read — but 14 ounces within an hour will shut down your nervous system and kill you. The side effects of drinking glass cleaner include burning of the intestines, vomiting, and swelling of the throat. And nobody noticed me doing it! I thought of my mother saying that she wouldn’t stop an adult from drinking Windex because they might be threatening or crazy. I might understand that if I was a scraggly, big, seemingly crazy or threatening man, but I was sitting with my 5 pound dog Oscar, wearing my sunflower dress. I felt pretty approachable. There were many people who stood in front of me for little bit talking with their friends, people texting, and a lot of people taking selfies. It was unbelievable. Do people in the Providence Place Mall food court notice anything?

What I took from this experience was that people become so enveloped in their phone they become incapable of realizing what is around them whether it’s beauty, sadness or even someone who needs help. Stop looking at life through a screen! People survived this far without taking a picture of every meal they ate. Take a day off from your phone and look around you. You might notice a flower garden you pass every day but never enjoyed before or a crazy lady eating mayo.

Keep your eyes open, Providence, cause you never know what I’ll be doing next. I may be testing how many good Samaritan are out there or I may be riding a bike naked in downtown. If you’re constantly looking at your phone, you’ll never catch all the funny little things happening around you.