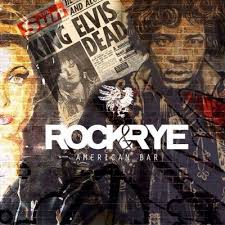 On Saturday I headed to Rock N Rye on Atwells in Federal Hill to check it out and grab a few drinks. Formerly the location of the Grande French restaurant, Rock N Rye has taken the space and turned it into an old-fashioned bar. The Grande’s menu featured items like $500 bottles of champagne and $70 plates of chicken. Rock N Rye is pretty much the complete opposite of that, but not in a bad way.

This place all about being located in America. It’s so American, in fact, that the official name is Rock N Rye American Bar, and they have a country music night every week. With all this jingoistic lead-up, I was fully expecting it to be as in-your-face patriotic as Toby Keith. But the America-ness actually isn’t too overwhelming, and this place was definitely classier than I anticipated.

Rock N Rye goes for an interesting mix of high culture and pop culture. The playlist had everything from Bob Marley to house music, and chandeliers give the bar low lighting. Your eye is immediately drawn to two huge framed photos next to the door, one of Nirvana and one of Mike Tyson dressed up like a king. What’s more American than that? And pictured above the bar are enduring symbols of America like Eminem, Debbie Harry, the Stepbrothers guys, and the Prince of Providence himself, Buddy Cianci (although the pictures of Zeppelin David Bowie are a little suspect).

Rock N Rye has a pretty solid drink menu, and you won’t need a credit limit to get a buzz on. The drink offerings include six drafts like Yuengling, Dogfish Head 60 minute IPA, and Brooklyn Lager, and some bottles and cans. They also have a food menu with an impressive list of hot dogs including the Vinny Paz (Rhode Island style), the Trent Reznor, and the Kanye (a Chicago Dog with tomato and a pickle), all affordable, and a few equally affordable burgers. I tried the nachos, and they were spot-on.

But the centerpiece of the place seems to be their cocktail list, which is anchored by “The Famous Grande Xampagneria” (champagne, peach liqueur, triple sec, and orange juice), but also includes drinks like the “House of Pain Killer,” the “Gin Blossom,” and the “Hot for Teacher.”

Whether it’s the pregame spot or the destination, it’s a pretty affordable unpretentious spot, but don’t expect the type of service you may have received at The Grande. If your veins need a dose of the ol’ red, white, and blue without breaking the bank, a trip to Rock N Rye could be in order.

TagsLocalSpiritsthings to do in providence