1. Friday, March 4: DMX; $36 advance / $40 day of; All ages; Lupo’s, 79 Washington St, Providence. What should one expect going to see DMX, ’90s rap icon, in 2016? If I were to make a pie chart, I would put it at a 5% chance of brilliance, 50% chance of medocrity, 20% of him not showing up, 25% of a figurative car crash. I would be happy with either brilliance or car crash. Earlier this month we came close to losing DMX when he was found unconscious after an apparent overdose. While you would imagine that would slow down most performers, DMX apparently has already been back on the road. Hopefully he took it as a moment to become scared straight and stays with us for a long time. Regardless of what happens, buzz is crazy for this and there should be a lot of heads looking to find out what DMX is gonna give you. 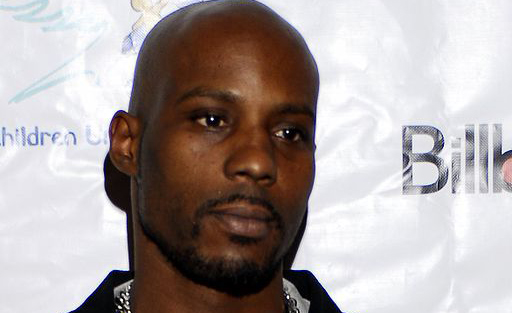 2. Thursday, March 17: Four Year Strong, Light Years, Can’t Swim, Trophy Wives, Sayings; $17 advance / $20 day of; All ages; The Met, 1005 Main St, Pawtucket. What’s better on Saint Patrick’s Day than a drunken sing-along? And if you can’t find the Pogues or a band covering them, why not make it a pop punk sing along? No one does melodic pop punk / hardcore in New England better than Worcester’s Four Year Strong. The band has been at it for 15 years and is on the road supporting the 2015 released / Kurt Ballou (Converge) produced self-titled  album. The openers are the next wave of southern New England young pop punks. Trophy Wives have been making inroads at leaving the Rhode Island tag to become a national touring act. And Sayings have been drawing big crowds lately and might be the next local band to start to take that leap. Cleveland’s Light Years and New Jersey’s Can’t Swim round out the bill.

3. Friday, March 18: Slapshot, Drop Dead, Fucking Invincible at The Parlor, Newport. This is a great bill of hardcore and punk down in Newport. Slapshot have been pretty active lately, touring Europe and playing the Dropkick Murphy’s 20th anniversary party in Boston on the 19th. But for what it’s worth, I would rather see them with Rhode Island hardcore veterans Drop Dead and by comparison upstarts Fucking Invincible. Drop Dead have been around for longer than 20 years, actually around 25, crossing the globe unapologetically fighting for animal and civil rights while reppin’ Providence and Rhode Island while doing so. I remember being still in high school and being terrified of and also intrigued by Drop Dead’s music, and also being terrified of hearing what went on at Slap Shot reunions in reading ‘zines from Boston.  The fear and the lure of danger might have faded away, but a drunken night at a punk show in Newport certainly could lead to danger if you are seeking it. And make sure to check out the soon to be released new album from Fucking Invincible politely titled I Hate Myself And Want You To Die.

4. Saturday, March 19: WBRU Rock Hunt Finals; $5; All ages; The Met, 1005 Main St., Pawtucket. I usually like to handicap the WBRU  Rock Hunt Finals, but its going to be tough since the preliminary rounds have yet to happen as of press time. So here I will attempt to handicap the odds of all the acts. Mona Mele are a long shot, with 78 likes on Facebook they will need to drag everyone they know to be able to compete and bring the crowd noise needed to win – 40 to 1. I am confused as to how Texas’ Oliver Penn made the rock hunt, but if he can keep it a secret I give him – 16 to 1. I’ve watched No Plateau on their ascent to getting better and better.  Are they ready to wear the crown? 15 to 1. Le Roxy Pro are the only returning act to the field.  WBRU likes them enough to bring them back and that makes them the favorite 5 to 1. No Recall songs are about not caring, they’ll need to change gears to win something – 50 to 1. Fall River’s Moment Of Clarity could bring the crowd necessary to win, but is their straight ahead rock going to be favored by the judges? 27 to 1. Push Push Push site site site doesn’t work so I am not sure sure sure. 40 to 1. I also can’t find Dames on the web. Maybe it’s the Providence band Broads with a classier name. If not Broads 50 to 1, if Broads 15 to 1. Under The Microscope work the most of all the bands, I put them at second favorites 8 to 1. Good luck to all.

5. March 27: Neil Hamburger; $15 advance/ $17 day of; All ages; Columbus, 270 Broadway, Providence. There has been no shortage of celebrities passing away so far in 2016. If you are emotionally attached to any of them or related, you might want to stay away from a Neil Hamburger performance. Neil takes delight in knocking down any and all celebrities, and is not likely to back off due to the afterlife. Neil has been at it for over 20 years, delightfully trashing the pop culture world that we enable and partially or fully love. He is the only comedian I can think of that has ever made me cry laughing from start to finish. Whatever you do, go see Neil Hamburger at least once in your life.