Ravenous Will Quell Your Hunger Not only is the Providence Athenæum a beautiful building with extensive collections that would thrill bibliophiles and history buffs alike, it has strong connections to Edgar Allan Poe, who frequently visited the library. Rhode Islanders go nuts for odd bits of history like this, and the Athenæum is fulfilling our need for more with their latest exhibit called “Ravenous: The Enduring Legacy of Poe.”

Robin Wetherill of the Providence Athenæum said, “I think Rhode Islanders feel such a strong connection [to Poe] because we can trace his footprint here so easily. We know when he was in town, where he stayed, where he spoke, who he saw and, importantly to the Athenæum, what books he checked out. His relationship with Sarah Helen Whitman even ended in the library. Providence also holds a special place in Poe’s history as two daguerreotypes were taken of him at a local studio, including the Ultima Thule portrait, which is the most well-known image of him and one of the most celebrated literary portraits of all time.”

The exhibit has plenty of Poe memorabilia on display, from first editions to contemporary pop culture — including the work of Motif‘s Tim Lemire who documented Poe’s courtship of Sarah Helen Whitman in a comic-style series. Wetherhill said of the exhibit, “We are so fortunate that Susan Jaffe Tane, the foremost private Poe collector in the world, has lent us some incredible items for the exhibition, including an original daguerreotype of Poe. It’s much smaller than I imagined and so delicate and detailed. Daguerreotypes are highly reflective, and you can see yourself as Poe peers back at you. From our collection, I particularly love the first edition of The Raven and Other Poems, which was recently rebound by local Dragonfly Bindery in a custom binding inspired by Édouard Manet’s bookplate for Stéphane Mallarmé’s French edition of The Raven, also in the library’s collection.”

The pieces on display help bring the famed author back to life, though legend says fans can commune with him in death — some have reported seeing his melancholy ghost sitting on the Athenæum steps. Is he waiting for Ms. Whitman? Perhaps it’s better not to ask.

The Ravenous exhibit is free and open to the public. Gallery hours are Tue and Thu, noon – 6pm; Sat, 1:30 – 3:30pm, and other times by appointment or if staffing allows through Apr 30. Complimentary programming, including a visit from a live raven (thanks to the Audubon Society) and a salon with Lynn Cullen, author of Mrs. Poe, also will be available. For more, go to provath.org. 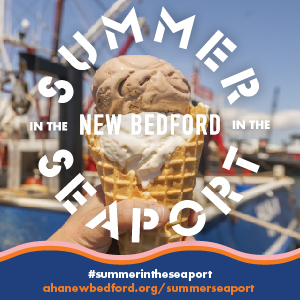