Watch the Snow and Dream of Summer Festivals 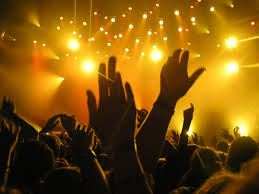 And out comes the first blast of summer music festivals. Who’s playing? The answer is college dropouts. Who’s going? The answer is college kids. Which fest best suits your needs? Have no fear. I have done all the research and let my tried and true barometer of how many bands I would leave Rhode Island to see point you toward your summer vacation. Want to see Run The Jewels? Good. You should. And they are playing almost every fest. Want to see Tears For Fears? Of course you do, but pay attention as they are only playing one of the fests. Happy hunting!
Kid Rock’s 6th Annual Chillin’ The Most Cruise; March 2 – 6; Departs from Miami, Fla.; Bands I would travel to see out of state: 0; Highlights: I think just checking out the website for this event is good enough. I hear Smith AND Weeden bought a Penthouse. Drawbacks: Do Kid Rock fans have passports? Will Mexico know any of his car commercials? Also, I think he might be the only one playing.
New England Metal and Hardcore Fest 2015; April 17 – 19; The Palladium, Worcester, Mass.; Bands I would leave Providence for: A couple; Highlights: Lots of black t-shirt merch for sale and the chance to see living New England legend and promoter Scott Lee live in the flesh.  Drawbacks: That sinking low you get when you leave Worcester thinking you’ll maybe never come back.
Coachella; Two Weekends in April, check your local listings; Some desert in Calif.; 21 bands performing; Highlight: Will AC/DC pay to have any of the other bands killed? Drawback: Will AC/DC die on stage in the desert? Bonus points if you spot cast members of the OC. Subtract points if you can name them.
New Orleans Jazz & Heritage Festival; April 24 – May 3; New Orleans, La.; 8 bands performing; Highlight: Chance to see legends like Jerry Lee Lewis, Elton John & Jimmy Cliff. Drawback: All seven artists in the second line of the ad look like my own personal Dante’s Inferno and includes such Pandora skips like No Doubt, Keith Urban, Pitbull??!?Shaky Knees Music Fest; May 8 – 10; Atlanta, Ga.; 24 bands performing; Highlights: Definitely the heavy weight champ of all the announced fests so far. Great line up front to back. Drawbacks: My son Jack will be mighty pissed if you (really, I) skip out on his birthday.
The Hangout; May 15 – 17; Gulf Shores, Ala.; 8.5 bands (Beck counts as a half) minus 6 bands for being in Alabama = 2.5 bands; Highlights: There is a band called Saint Pepsi. Lowlights: All things Alabama.  Roll (off the map and into the Gulf) Tide.Boston Calling; May 22 – 24; City Plaza, Boston, Mass.; 4.5 bands performing (Beck again); Highlights: Pixies and TV On the Radio are two of my favorite indie rock acts of all time and Run the Jewels made the album of 2014. Drawback: They might all play on separate days meaning I’d have to spend Memorial Day weekend on a concrete slab in Boston
The Counterpoint; May 22 – 24; Kingston Downs, Ga.; 1 band performing; Highlight: You get to see The Roots. Drawback: You might get trapped in a hackie sack circle. Or even worse, a hula hoop troop.

Dark Star Jubilee; May 22 – 24; Legend Valley, Thornville, Ohio; Highlight: I’d like to see Los Lobos again. Drawback: Where to begin? Is there a website for MeetTrustfundafarians yet? If not and dreaded children of wealth is your bag, get yourself to the Legend Valley. Or you could just go to a Whole Foods west of Worcester. Also, I would like to find out if Jeff Austin Band is any relation to the WWE Hall Of Famer Steve Austin, but not interested enough to Google it, let alone go to this hippie fest.

DelFest; May 21 – 24; Cumberland, Md.; 1 band performing; Highlight: You could get a t-shirt with some cool art and the first three letters of my last name. And another chance to see Stone Cold Austin’s estranged brother Jeff Austin and his band?! Give me a calm and orderly heck yeah!!! Warning: Del fest being in Maryland rather than Delaware sounds like a trap.

Governors Ball; June 5 – 7; Randalls Island, NYC; 13 bands performing; Highlight: Being in the capital of the world. Being in a crowd with all you beautiful women who for some reason like Lana Del Ray. Drawback: I am afraid that Lana Del Rey might be a modern-day Tori Amos and rather than mingling with attractive women, I might get caught in a crying circle.

Wakarusa; June 4 – 7; Ozark, Ark.; A very liberal rating of 4 bands performing; Highlight: The Roots slay and I haven’t seen them in a very long time. Drawback: the Ark. after Ozark stands for Arkansas.

Bonnaroo; June 11 – 14; Manchester, Tenn.; 17 bands performing; Highlight: Unless you live in Canada, this might be your only chance to see the Billy Joel / Slayer / Tear For Fears arena tour tearing up the north all month of summer long. Drawback: Lots of smelly people.

Newport Folk Festival; July 24 – 26; Fort Adams, Newport, RI; ? bands performing; Highlights: I wear some of my most colorful and socially off-putting shirts of the year these three dates. And the wait for the non-grass-fed burgers is barely five minutes. Drawbacks: Tickets are on sale and no one knows for who yet, and they most likely will be sold out before they announce the performers.