Almost at the Movies with Mike D and Andrew WK 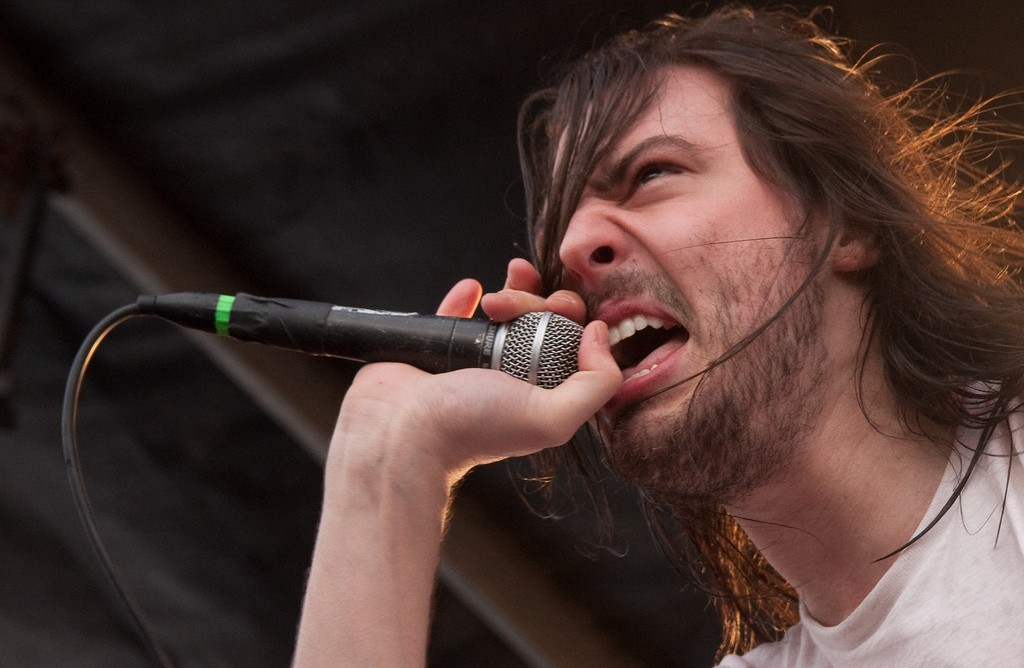 Andrew W.K. is the world champion of PARTYING. His piano heavy hard rock influence party jams have been dominating culture since the early 2000s. After some indie releases, Andrew blew up on the scene in 2001 with his major label debut I Get Wet with unforgettable party anthems like “She Is Beautiful,” “Party Til You Puke” and his best known hit “Party Hard.” The cover for that record, an up-close photograph of Andrew with blood streaming out of his nose and down to his white shirt, is iconic as Mickey Mouse to anyone in their 20s or 30s. With six albums out, Andrew has stayed busy and committed to partying non stop still 15 years later. Andrew has brought his party-first agenda to more than just music making.  He has made many television and movie appearances, performing as a self-help motivational speaker, and even being a party enabler as opening a night club named Santos Party House in New York City. Andrew comes to Rhode Island Thursday, December 10th, as party of a special solo holiday tour at The Met, 1005 Main St., Pawtucket RI.  Tickets are $18 advance / $20 day of and doors are at 7pm with party starting at 8pm with DJ Nook, Math The Band, Party Bois, Lame Genie opening.  Go to themetri.com for tickets and more info about the show and andrewwk.com for all the partying the web will allow.
I asked Andrew W.K. to share his thoughts on the following movie trailers with films set to come out in the next few weeks.
1. Krampus (now playing)

Mike Delehanty (Motif): A Christmas horror film with Adam Scott (Step Brothers, Party Down)?? Sign me up! Oh wait, it’s PG 13? Nevermind. What’s the point of a horror movie if it isn’t inappropriate for children? Instead of Silent Night, Deadly Night with blood and boobs, this is like warm milk and did I leave the stove on? The knifed to the fridge gingerbread man is a nice touch, though. The trailer sorta has a Saw vibe to it. Could a PG 13 movie scare you, Andrew?

Andrew W.K.: I didn’t really take this to be a horror movie so much as a dark take on the holiday genre — similar to how the classic Dickens Christmas Carol has ghostly and potentially frightening elements, without necessarily including blood and nudity. I’m intrigued by this film, no matter what the age rating. It looks to be potentially very party.
2. Orion: The Man Who Would Be King (now playing in select cities)
MD: I have heard some tales about this guy, a man who caught on by borrowing Elvis’ persona, trying to be vague about his origins. Orion wears a Lone Ranger mask that he only takes off “going through customs.” Capitalizing off his death and the many fans who couldn’t fathom that Elvis could be dead, this dude toured the country playing off that.  Great idea; should be an interesting documentary. Is there anyone in music time you wish you could take over for and carry on their legacy?
AWK: I’m just trying to carry on the Andrew W.K. legacy and that’s been challenging enough! I’m just a servant to partying.
3. American Hero (limited release starting)

MD: The people have spoken, and they have said, “Fuck it, let’s give Stephen Dorff another movie.” My first take on this trailer is, wow special effects have come a long way in lower budget movies. My second thought is this movie is going to be on cable television for the next 5 years incessantly. It’s likely to be terrible, but if on TV I will watch it. I think how you view wanting superhero powers shows a lot about your maturity or age. For example, when I was younger I wanted to be super strong to fight evil. When I was a teenager, I wanted to be invisible (so I could likely sneak into women’s locker rooms and just cause general havok). Now I wish I could be able to read and drive without glasses. Dorff’s character seems to be of the party persuasion. Andrew, do you ever wish you had super hero powers and if so what kind?
AWK: I’ve continued to have dreams in which I’m able to fly, and those are always incredible and inspiring. My main wish is to have super strength – not so much physically, but just an all encompassing strength that gave me the power to become a good person – the strength to do what is right – the strength to make life a party for as many people as possible.

Mike: This trailer has a inappropriate Uncle Buck feel to it. A Christmas movie with a relative hell bent on oblivion. It stars indie comedian force Brian Posehn (Mr Show with Bob and Dave, The Devils Rejects) as the unwelcome uncle. It has the “only funny moments might be in the trailer” vibe to it, but with Brian Posehn I would give it the benefit of the doubt. Andrew, should people give thought to consequences of partying too hard?
AWK:  If your partying causes harm to the people around you, then it isn’t partying at all.  True hard partying is only a force of good. Everything else is just bad behavior and weakness.
5. A Very Murray Christmas (now streaming on Netflix)-
MD: The Godfather of partying, Bill Murray is throwing a Christmas variety party and by the looks of this trailer it has something for everyone. For those going through Letterman withdrawals, have some Paul Schaffer.  Promises of Christmas carols, celebrities, musicians, attractive people and even George Clooney. For me, it has Michael Cera playing a snarky asshole again (his overexaggeration of himself in This Is The End stole the movie, and threatens to do it again here). Bill Murray, Phoenix, directed and written by Sofia Coppola?  I don’t need to know anything else, I am in. Any good running into Bill while partying stories?
AWK: Not really, but my grandmother had dinner with him once in California.  Apparently he was a friend of a family friend of hers.  She said he was nice and very funny.  He was partying.