Bagge seeks to illuminate the life of a woman who was neither saint nor devil, but a human being with qualities both heroic and vainglorious.

Margaret Sanger, founder of Planned Parenthood, staunch advocate for women’s reproductive rights and whose tireless efforts led to the financing of research that ultimately introduced the birth control pill, is arguably one of the most polarizing historical figures of the 20th century. Sanger spent her life actively working to bring common sense advice on birth control, a term she coined, long before women in the United States were recognized as having the right to vote. Accurate biographical information on Sanger can be difficult to come by due to a long established effort among certain dishonest and radical parts of the pro-life, anti-abortion movement to demonize her through distortions, lies, quote mining and even Photoshopped images.

To unwind this confusion of facts, fiction, hero worship and character assassination, cartoonist Peter Bagge put together an excellent book-length comic biography titled Woman Rebel: The Margaret Sanger Story. Bagge seeks to illuminate the life of a woman who was neither saint nor devil, but a human being with qualities both heroic and vainglorious. Ironically, in making Sanger into a cartoon character, Bagge made her more real and accessible than ever before.

Peter Bagge is just the cartoonist to make this happen. I’ve been following his work since the mid-1980s, beginning with Neat Stuff and continuing through his nearly two decades of Hate (both series published by Fantagraphics). My daughters loved the short-lived comic series comic Yeah!, about the adventures of an all-girl rock band that Bagge did in collaboration with Gilbert Hernandez. Bagge’s style is fluid and extremely comic; characters might react to outrageous comments by literally being knocked off their feet, and anger might cause steam to shoot out their ears.

In Bagge’s hands, Sanger seems like a grown-up Little Lulu, whose passion for adventure and strong sense of justice often leads her to act before she thinks. Like Lulu, Sanger also can be cunning and clever, and has a knack for getting things to go just the way she wants, even if it does not seem possible for her to have planned it that way. Despite my comparison, Bagge’s work is not for children, but a very compelling, humorous and dramatic biography, full of details both important and salacious.

Sanger was an advocate, at least privately, of free love, meaning that despite her marriages and her children, throughout her life she had sexual relations with men as it pleased her and without guilt. One of her many lovers was science fiction writer and socialist H.G. Wells, who was positively gaga over her. Another was Havelock Ellis, the pioneering sex researcher whose unusual sexual fetish (which I won’t detail here, you’ll have to read it yourself) Sanger apparently had no problems with satisfying.

Perhaps the most important aspect of the book is Bagge’s relentless depiction of the truth behind various smears that have been thrown at Sanger over the years, and the detailing of her non-stop battles with the Catholic church, which had no problem pulling the strings of local law enforcement to satisfy its sense of moral justice, the law be damned. Bagge deals with the accusation that Sanger was a eugenicist interested in wiping out non-white races of people by pointing out that Sanger was adamantly against defining one group of people as “superior” to another. Indeed, leaders in the black community sought Sanger out for help, and Martin Luther King was proud to receive an award named in her honor.

Bagge also details Sanger’s involvement with the Ku Klux Klan, which concerned her speaking to a KKK woman’s auxiliary group to explain birth control. Sanger called this “one of the weirdest experiences I had in lecturing” and added that she had to use “the most elementary terms, as though I were trying to make children understand.” Sanger was committed to the idea that all women should have access to the basic knowledge of birth control, but even so, the experience of speaking to the Klan was weird enough that she only did so once. (Pictures of Sanger at a Klan rally are Photoshopped fakes, as even a cursory web search will show.)

Bagge’s Sanger is human, with all that entails, good and bad. She is passionate, maybe even a little crazy about her cause, and not immune to the call of fame and fortune. She’s a bit of a narcissist and perhaps not always the best mother, spouse, sister or daughter, but then, when are any of us perfect? Sanger’s vision and accomplishments changed the world, inarguably for the better. Her efforts rescued millions of women and men from the confines of their biology, freeing us and expanding the definition of what can be accomplished in our lifetimes.

Woman Rebel: The Margaret Sanger Story is gripping subject matter told by a comic artist at the top of his game. The book retails for $21.95 and is published by Drawn & Quarterly. Get your local bookshop to order it for you. 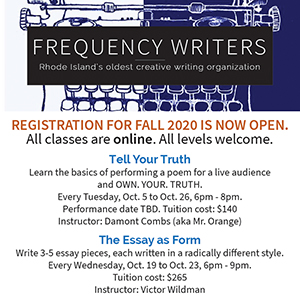