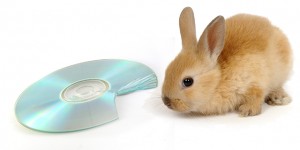 1. Friday, April 11: WBRU Rock Hunt Finals featuring Jetty, The Rare Occasions, The Stilts; $5; 7pm doors / 8pm show; All ages; The Met, 1005 Main St., Pawtucket, RI. Spring is here, and so is the annual WBRU Rock Hunt finals. The contest is often the shape of the local pop alt rock music scene for the few years to come and has included such winning acts as Monty Are I, Zox, Fairhaven, Rice Cakes and most the recently crowned Torn Shorts. Having correctly predicted the last three winners, here are my 2014 odds. Rare Occasions best fit the WBRU brand and come in at 2 to 1. Jetty are definitely in the hunt, and seem to have a strong following so they are coming in at 4 to 1. The Stilts, like most coming out of Woonsocket, are a long shot, and I would say 10 to 1 chance. There will also be a internet voted band added, but not knowing who it would be, it’s almost impossible to quantify their odds, so here it is anyway. TBA is a 15 to 1 odds chance. And there is a 1 to 1 chance Marc Clarkin reviews the concert without actually going to said concert.

2. Sunday, April 20: Pizza Underground (featuring Macauley Culkin), Baylies Band (20th anniversary show), Six Star General, Guerilla Toss; $12; 7pm doors / 8pm show; All ages; The Met, 1005 Main St., Pawtucket, RI. Finally a band that takes the Velvet Underground tunes and changes the lyrics into pizza-related scenes. And of all people, it has actor Macauley Culkin in the band, a man with whom we now spend every Christmas while watching Home Alone stuck with family. And here he comes with his fellow pizza folk heroes on stoner Americans’ favorite holiday, 4.20 (it’s also Easter). Will they be any good? No idea, but for $12 definitely worth finding out in person. This show is also a celebration of Baylies Band, together for 20 years(?!). I can’t imagine how I was in the same band for two years, let alone what it would be like being in one for 20. Congrats guys! Rhode Island hellraisers Six Star General and Boston’s Guerilla Toss round out the bill.

3. Monday, April 28: TDE Presents ScHoolboy Q (Oxymoron World Tour), Isaiah Rashad, Vince Staples; $22.50 advance / $25 day of; 6pm doors / 7pm show; All ages; Lupo’s, 79 Washington St., Providence, RI. Self proclaimed “Man Of The Year” seems to be actualizing it in the hip-hop world in 2014. His new record Oxymoron opened at number 1 on the Billboard charts and has been getting a lot of critical acclaim from not just the hip-hop blogs and mags, but also from the rock community. Rolling Stone‘s 4 star review went as far as comparing the records beats to Nas’ Illmatic, the greatest hip-hop record of all time. High praise indeed. Top Dawg label mate Isaiah Rashad and Vince Staples open.

4. Tuesday, April 29: 95.5 WBRU presents the Annual Earth Day Concert featuring BLEACHERS; $15 (A portion of the proceeds will benefit the RI Earth Day clean-up); 8pm doors / 9pm show; All ages; The Met, 1005 Main St, Pawtucket, RI. 4.20 isn’t the only holiday we celebrate this month. As part of its yearly campaign to help out the environment, WBRU is bringing Bleachers to the Met for Earth Day awareness. Bleachers is the white hot new project by Jack Antonoff (from the band Fun. / formerly of Steel Train). Their new single “I Want To Get Better” is the hottest self help party jam single of the year! Come check out their Providence debut, and go get a bag and pick up some garbage while you are at it. Unrelated, I saw what I thought were coccoons in the trees of Route 95 north by the zoo. Nope, a series of plastic bags. Gross.

5. Saturday, May 3: Smith & Weeden (CD release), Ravi Shavi, The Sun Parade; $7; 8pm; All ages; As220, 115 Empire St, Providence, RI. This show commemorates the release of Providence’s Smith & Weeden’s self titled debut. I asked Olly about the record and he said, “This record is the culmination of several years of writing and playing shows, both here in Providence and across the country. We recorded it live (but not in front of an audience) so that we could capture the feeling and emotion we get when we play on stage; there was very little overdubbing happening on this record. It was recorded at The Columbus Theatre over a five-day period, and was simultaneously the most rewarding and exhausting experience we’ve had as a band yet.” For an alternative view point from a different band member, Jesse Smith says, “S&W has been slowly climbing to the top of the OK bands in Providence over the past two years. You could almost call them the captain of the B team.. Grab a copy of the CD and you decide: Varsity or JV? Providence garage burners Ravi Shavi and Northampton’s The Sun Parade round out the bill.