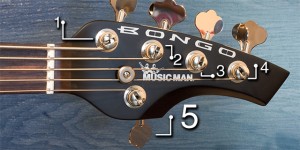 1. Tuesday, May 6: Lana Del Rey; Sold out; 7pm; All ages; House Of Blues, 15 Lansdowne St., Boston, Mass. This is the hottest ticket in recent memory. Sold out, very sold out. Only three tickets are available on StubHub and are ranging in price from $443 to $1,000. This says several things. First, obviously, demand is so high that a ticket is going for more than 10 times the original sale price. Two, fans are so die hard that they are going to pass on selling tickets for the value of paying rent for a season to see her (mine would be sold). Three, the ticket jerks who buy tickets in lots didn’t see this coming. She is officially a pop phenomenon.
2. Thursday, May 8: 94 HJY’s Metal Zone presents Rob Zombie; $42.50; 6pm doors / 7pm show; All ages; Lupo’s, 79 Washington St., Providence, RI. King of the macabre Rob Zombie is coming back to Lupo’s! Rob Zombie once stated that he “wanted to be Alice Cooper, Steven Spielberg, Bela Lugosi and Stan Lee” and damned if hasn’t already come close to it. From musical success with White Zombie and his solo work, to his film work as writer and director on films like House of 1000 Corpses, The Devil’s Rejects and the Halloween remakes, Rob is one of New England’s greatest recent success stories. And he’s back to where he found his early success, touring and performing live. He was recently voted by Revolver Magazine‘s “Golden Gods Awards” the best live act. Make sure if you are hoping to get tickets to get them as soon as you see this, as it’s close to sold out at time of our print deadline.
3. Friday, May 16: The Afghan Whigs; Sold out; 8pm; 18+ only; The Paradise, Boston, Mass. Cincinnati’s The Afghan Whigs are back at it after a decade of more or less hiatus. They just released Do The Beast, their first album in 16 years! Not all bands of the early ’90s sub pop’s grunge cash cow explosion have aged well, but with a garage beat with a touch of soul, The Afghan Whigs always stood out among their peers and label mates. Their 1994 “Gentlemen” is a classic that should be listened to and appreciated daily. The new record doesn’t seem to try to pick up where they left off; it’s certainly not as aggressive as their earlier albums, but it’s as dark, sexy and brooding as ever. This is the most I have looked forward to a show yet this year.
4. Thursday, May 29: The Menzingers, Lemuria, Pup, Cayetana; $15 advance / $18 day of; 6:30pm doors / 7:30pm show; All ages; The Met, 1005 Main St., Pawtucket, RI. Scranton, Penn., singalong punks The Menzingers have just released the best music video in a long time, so good I wish MTV was still a thing. The video for their single “I Don’t Want To Be An Asshole Anymore” is charming, funny and unlike most videos, watchable. It stars Jason from Friday the 13th acclimating himself to a new age / self help life. Their new record, Rented World (Epitaph Records) is a great listen from front to back, and like all good guitar records, repeats in your head for days after.  Buffalo’s fantastic sorta indie pop / sorta pop punk act Lemuria and Pup and Cayetana round out the bill.
5. Wednesday, June 4: WBRU presents Interpol; $20 advance / $25 day of; 8pm doors / 9pm show; All ages; Lupo’s, 79 Washington St., Providence, RI. After a few years of hiatus and solo and side projects, New York City’s indie post punk media darlings Interpol are back at it. Working on their fifth LP, the band is doing a number of festival appearances and warming up to them with a few small venue shows like this date at Lupo’s. Best known for their albums and singles, the band’s live performances are captivating and not to be missed. And make sure to check out singer Paul Banks’ most recent record, Banks.