Counting down the best concerts in RI 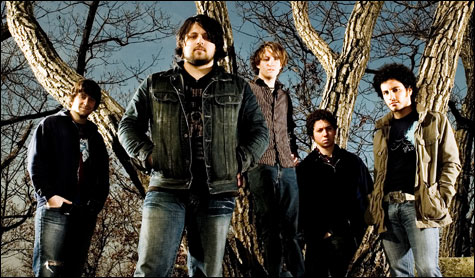 #1 Wednesday, September 4: 95.5 WBRU Presents The Dear Hunter (performing with a string quartet!). $9.95 advance / $12 day of. 7pm doors / 8pm show. All ages. The Met, 1005 Main St., Pawtucket, RI. It’s been a long time coming for the return of The Dear Hunter to their sorta’ home base of Rhode Island!  Since the last play at Club Hell (RIP), they have jet set over the world, recorded a concept record in “The Color Spectrum” in which the band interprets colors via music, and released the 2013 album that the band recorded with Mike Watts (?!!). This tour will highlight songs from their entire catalog and will be joined by a string quartet.

#2 Thursday, September 12: Spiritualized, Guy Blakeslee. $22. 9 pm. 18+ only. Paradise, 967 Commonwealth Ave., Boston, MA. I can count how many items I have had autographed in my 15 years of nightclub employment on two hands.  If I ask, it’s because I absolutely love them. Only two of these autographs were not really in cursive, Jack White III (understandable as it’s not his real name and it was very early in the White Stripes’ career) and J. Spaceman (of Spiritualized and formerly Spacemen 3, and also not his real name). All of the band’s albums are critically acclaimed; Ladies And Gentlemen We Are Floating In Space may be the most of note, but my favorite is Let It Come Down. Let It… is the perfect combination of stoner shoe gaze, psychedelic rock n’ roll, and a touch of gospel. This band is fantastic live and certainly very recommended.

#3 Friday, September 13: Comedy Connection welcomes The Dan Band, Northeast Traffic. $22.50 advance / $25 day of. 6pm doors / 7pm show. All ages. Lupo’s, 79 Washington St., Providence, RI. This is the only band of the five shows I have not seen. I recently found myself digging through the crates for old DVDs to watch in the safety of air conditioning, and Old School got several repeat plays and was my introduction (as it was to many) to The Dan Band. This is a wedding band crudely reinterpreting the safe rock songs we never listen to, but thanks to commercials and shopping mart radio, know by heart. What the hell, why not give it a shot? 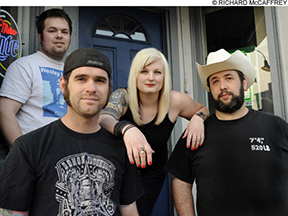 #4 Friday, September 13: Daughters, Doomsday Student, Deleted Arrows, Power Masters. Sunday, September 15: Daughters (2nd show added by popular demand), Black Pus, California X, Fantasy Panther. $13. 8pm doors / 9pm show. All ages. Both shows are at The Met, 1005 Main St., Pawtucket, RI. Note: Friday is sold out, but there are still some tickets left for Sunday. Finally, the return of Daughters!  After a four-year hiatus, Rhode Island’s experimental noise rock pioneers are back. The first show sold out in less than 36 hours. This is also the first show since the band released their critically acclaimed 2010 self titled album Daughters. Pitchfork.com called the record “a feast to be savored,” and the shows will feature a good portion of songs from this album. I like to think of it as a four-year-later album release party.  Make it out if you can; who knows the next time these guys will creep back out of the shadows.

#5 Saturday, September 28: Girl Haggard (reunion), Hippie Johnny (Modern Lovers tribute). $5. 9 pm. 21+ only. The Parlour, 1119 North Main St., Providence, RI. The Parlour is a great place to see a local show. It has great bartenders and door staff, and more importantly, a Ms. Pac Man machine set to free play! It’s been a little over a year since vocalist Mandy took off for Providence’s seemingly sister city, Portland, Oregon, and I gotta’ say, I might miss Girl Haggard – a perfect mix of honkey tonk in the garage.  And there is a Modern Lovers tribute opening, which consists of the members of the band Nolan’s Corner Pub – well worth the $5.

TagsFall GuideTo do in RI