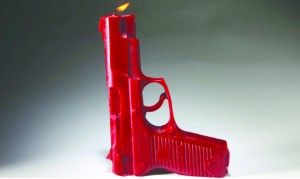 The One Gun Gone Project, led by artist and teacher Scott Lapham, is an installation dealing with gun violence that will appear on April 20 under RISD’s Repair and Design Futures program: artworks in real time. This pop-up showing brings awareness and education to the community and asks viewers to confront the issues of gun violence and remember those affected.

The project originated after Lapham lost four of his teenage students to gun violence. His goal became to take guns from the street and bring them into the studio where they become works of art. He sells his art to raise money for a gun buy-back, which allows those in possession of a firearm to hand it over in exchange for money. Lapham described the process as “disrupting a negative economy with a positive, art-making one.” 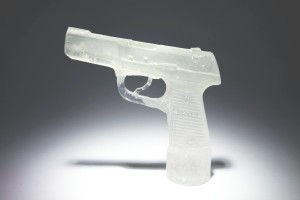 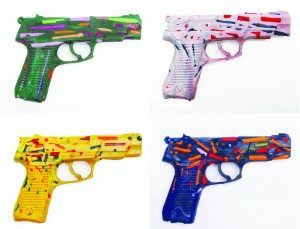 On April 20, RISD guests will be able to see these artworks and interact with them while thinking about gun violence. One artwork, The Black Crayon Gun, is an exact replica of a 9mm pistol. It was modeled from paraffin wax from melted black crayons. This transforms the weapon from lethal to literary, though arguably a more powerful tool, accompanied by the bold caption, “The pen is mightier than the sword.” Visitors to the space may grab hold of the waxy firearm and, on a 9’x20’ 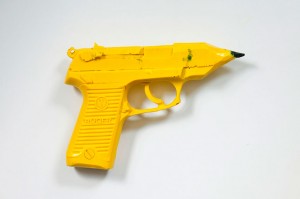 Highlights of Yesterday’s Pieces: A selected guide to the RISD Museum collection

A Spoonful of Ashes Makes the Tea Sweeter