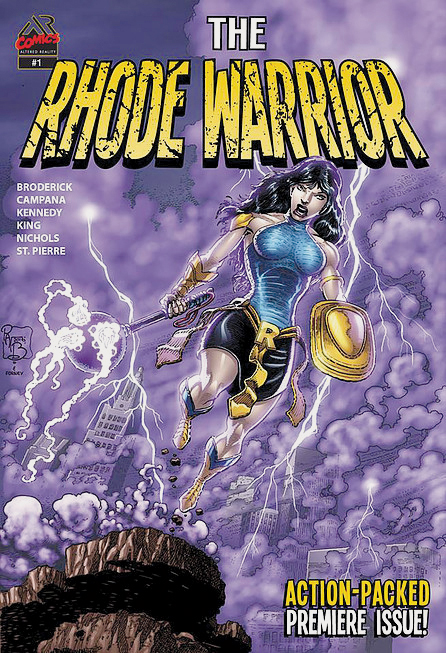 There’s a new menace in Providence, but rather than the capitol hill variety of menace Rhode Islanders are used to, this is the comic book kind. Luckily, the Rhode Warrior, our little state’s greatest and latest defender, is making her debut at the 5th RI Comic Con.

Rhode Warrior’s co-creator, Ian Chase Nichols said, “We are doing everything we can to deliver something new and exciting to the fans attending Rhode Island Comic Con. The Rhode Warrior has work by phenomenal creators that I grew up reading. Seeing them bring a superhero to Rhode Island is really something else.”

Rhode Warrior, which will be released by Altered Reality Entertainment Comics, will delight all ages with her strong sense of right and wrong, and Rhode Islanders will recognize themselves in her personality, strength and resilience.

The first issue will be made available exclusively at Comic Con, and issues can be pre-ordered at www.ricomiccon.com.

Front Lines: The important role of independent journalism in a crisis

These Hips Don’t Lie: But what are they saying?

On the Cover: An Interview with Cover Artist Dawn Spears

In Our Own Voices Explores the Transracial Adoptee Experience