On Posted on December 5, 2018December 6, 2018 by Amadeus Finlay to Events, Featured, Music
Events

The Purple Xperience: Marshall Charloff and the Soul of Prince 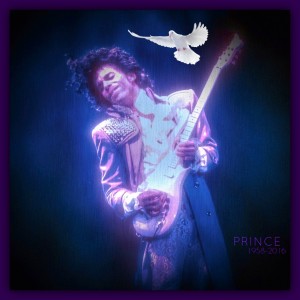 Prince may be dead, but his purple-tinged soul lives on in a tribute band that brings the ’80s to life. Known as the Purple Xperience, this breathless act was formed in 2011 by fellow son of Minnesota, Marshall Charloff and former Prince band member, Matt “Doctor” Fink.

As close as a doppelganger to Prince Rogers Nelson that you are likely to find, Charloff resurrects a way of performing that the world feared was lost for good by uncannily styling and matching Prince’s appearance, vocal imitation and multi-instrumental capacity on guitar and piano. To look at it another way; while the closest this generation is likely to get to Queen is a hologram of Freddie Mercury, all that Prince fans have to do is rock-up to a Marshall Charloff show and lose their inhibitions.

According to New England Purple XPerience promoter and Charloff fan Jillian Meehan, “Part of the show isn’t so much seeing the music, which includes other former band members such as Cory Eischen on keyboards, but seeing what Marshall Charloff can do. He performs nationwide, fronting world-class symphonies in most major cities in the US and Canada.” Ie, anyone can be a spy, but not everyone can be James Bond; that role is only given to a very select number of actors, and Charloff is the 007 of everything Prince.

You can catch the Purple XPerience at The Stadium Theater on Friday December 28. Show starts at 8pm.

Rhody in Love: Young people hook-up, but not all is rosy in the Ocean State

New Year, New PVD!: New spots, new bans, but we still don’t know where we are